It’s Last Week Tonight with bespectacled British comedian, John Oliver. I don’t get HBO, but I can watch on YouTube. I do.

Oliver sits behind a desk. As he talks about Climate Change® the upper left corner of the screen flashes pictures of fires, melting polar caps and the obligatory polar bear stranded on an ice-floe. Then the comedian complains about network coverage of the phenomenon.

“It’s always one-on-one,” says Oliver, “the moderator in the middle, Bill Nye, the science guy, on one side, and some schmuck on the other side.”

Oliver claims this presents an unfair picture of climate science. He says that 97% of climate scientists agree that global warming is human-made-- far from the 50-50 implied by only one guy on each side.

Now, before we go on, I want to make my own position clear on this.

1. Climate change is real. Just watching weather reports over the last 10 years should prove that. It’s something every Eskimo who sees his igloo slowly melt knows instinctively.

2. With the exception of the Eskimo who never leaves his refrigerator in Point Barrow… 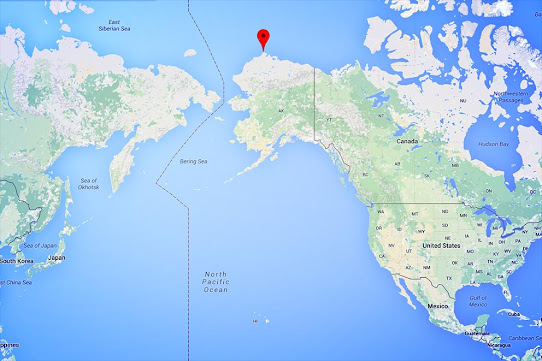 3. I believe things are more complicated, and while there is natural climate change… and it’s probably happening… humans are responsible for making it much more destructive and faster-acting.

Now back to our regularly scheduled program.

I’m at the podiatrist’s. My passion for long walks.. and my love of army boots and cop shoes has injured my left foot. The doctor is putting a cast on the foot. He talks to me through a black mask over his mouth and nose. I talk to him through a blue one.

“I’m sorry,” I say. “Would you mind removing your mask? My hearing is lousy and I can’t understand what you’re saying.”

He takes off his mask. I see that he’s smiling.

“I’m happy you don’t care about that mask stuff,” he says. “I know the government and the medical establishment don’t want people to feel helpless in the midst of this pandemic.”

He laughs… and continues, “If people feel there’s nothing they can do, they’ll panic. You’ve got to give them something to hold on to. Some way they can believe they have control over this pandem… er… plague.”

On facebook, I connect to a video of a doctor lecturing about how useless masks are… and how they might, in fact, spread the disease. She gives the example of going out to eat, taking off the mask, setting it on the table next to the food, possibly contaminating fingers, the table, the dishes, etc…

“Yeah, Mykel, you found a doctor who doesn’t believe in masks... one in a hundred. Leave it to you.”

“One in a hundred? Who do you think you are?” I don’t ask. “John Oliver with the Science Guy?”

Now before we go on, I want to make my position clear:

1. COVID-19 is real. I know several people who have had it, and the father of one of my best friends has died from it.

2. I don’t think most people who are against mask-wearing think COVID is “a hoax.” The virus is real and a killer. But they believe mask wearing… especially the paper things and kerchiefs you see on the street… are not effective against it. They are a palliative… and may actually spread the disease. (Watch the video)

3. I believe things are more complicated. In many ways, the virus is nature’s way of keeping house. Cleaning out humankind… the most destructive force on earth. We can mitigate the effect, but we should not over-react.

Lockdowns kill people, depriving them of income, doctor visits, and the security of not being isolated. Lockdowns drive people nuts, impoverish the nation, instill a fear of other humans as deadly. They spread a philosophy of “Don’t Wait... Separate.” Social Distancing is anti-social.


FLASH TO POLAND 1514: There’s Nicolaus Copernicus up on roof of the student dorms. Looking through a telescope… making notes… checking and double-checking.

He sketches the sun… its path through the sky… the stars… the way they move. Then checks and double-checks.

“It must be,” he thinks… in Polish. “I’ve done the research. I’ve confirmed it… tested it. It must be. The earth revolves around the sun… not the other way around. It’s the only explanation.”

For weeks, young Nic checks and double checks his figures. He tells a few close friends. Most pooh-pooh his theory… call him a nut. A few agree to go with him, to check their own telescopes… to check their own figures... and see if they match. They do.

FLASH AHEAD TO 1633, Italy: The Italian astronomer Galileo Galilei, has heard about the Copernican theory and bought his own telescope to check it out. Amazingly, it checks out. He can see with his own eyes and his own figures that it is the earth moving in an orbit… not the sun.

Galileo is not as shy as Copernicus was. He broadcasts his finding. Italy is stunned. His fellow astronomers gather to condemn the man… call him a conspiracy nut… a follower of the mythical PeeAnon.

“But it moves,” Galileo famously says, talking about the earth traveling around the sun.

The Polish nation turns to TuTube to watch La Scorsa Settimana Stasera where Johanus Oliverus talks about astronomy. He talks about the earth-centric deniers… and how the SCIENCE says that earth is the center of the solar system.


On one side of the host is Galileo, on the other side is The Pope. Johanus introduces each side, then explains (in Italian)… that in order to make an accurate representation of scientific consensus, he will bring in two astronomers of the sun-is-central Galileo school… and 6483 followers of earth-is-central Papal school. And the debate begins. Galileo loses.

Get it? Science isn’t politics. It’s not a democracy. That a majority of scientists believe something, doesn’t make it true. Science is always going back on itself. There are a few dissenters and either they disappear, or get a bigger following… then there are more dissenters. Isaac Newton, then Albert Einstein, then Max Planck… All right in their theories... until a few dissenters show they’re not.

I’m disgusted by the whole thing, but not surprised. A fratboy protest, complete with costumes and facepaint, is called “an insurrection.” Four people die…so it’s a DEADLY insurrection. One protester is shot by the cops. One cop is hit in the head by a flying fire extinguisher. Three protesters die from their own excessive stupidity... wall climbing, balcony jumping… like that.

An effigy noose is “evidence” that the protesters planned to hang the vice president and the speaker of the house. Despite the rope’s non-useability as a hanging device.

Insurrectionists do not wear Viking hats... unless they're real Vikings. They enter firing. They’re soldiers, not jocks…. But Congress takes its revenge. In the name of healing®, they impeach the president ten days before he leaves office anyway. In 50 years, this’ll be a Netflix comedy. It’s already a very sick real-life one.

“I want to apologize for my earlier skepticism. I just didn't see the coordinated rebel attack on every state capitol, the violence in the streets, the machine gun fire in Washington. I was making fun of this whole "armed revolution all over the country" bit. I thought it was incredibly stupid panic, by a population over-reacting to little more than a fratboy party gone wrong... but these massive attacks have proved that I was mistaken.”

ENDNOTES: [You can contact me on facebook or by email at mykelboard@gmail.com. Through the post office: send those... er... private DVDs..or music or zines... or anything else (legal only!) to: Mykel Board, POB 137, New York, NY 10012-0003. If you like my writing, you can be notified when anything new is available. Send me an email with SUBSCRIBE in the subject line. Back blogs and columns are at https://mykelsblog.blogspot.com]

–> Go vegan and smoke dept: Research done in India seems to show that vegetarians and smokers are less susceptible to the disease than others. When that was reported in the US… vegetarians went on an I-TOLD-YOU-SO rampage. You can see the carnage… er… vegage... all over facebook and twitter. But smoking? Few people will dare believe that smoking can lower your risk. But it moves,” say the few brave doctors.

–> Meanwhile dept: The trusty New York Post reports that two Chinese boys died while (and likely FROM) wearing masks while doing strenuous exercises. In their case, heavy running. The masks restricted their breathing. How many kids are going to suffer brain damage from their parents trying to protect them?
According to The Post report about the Chinese deaths,

The death certificate listed the cause as sudden cardiac arrest, but no autopsy was performed.

The boy’s father said he believes that the mask his son was required to wear to school played a role in his death.

See you in hell… again,