Send 'em Back! or Mykel's Post MRR Column no 56

Mykel's
Post MRR Column no 56
or
Maybe There’s a Few Good Ones in There
or
Don’t Build a Wall, Build a Boat

Customs agent: Do you have anything to declare?
Oscar Wilde: My genius.

The scene is the kitchen: He wanders into his friend’s place… maybe an off-campus apartment...seems like no one’s home. The guy looks like a freshman... just a hint of dark fuzz on his upper lip. There at the sink is his friend’s steady… washing dishes while rubbing against the sink… and moaning. He slips behind, wraps his arms around the washer… Then comes the kissing… I fast-forward… Ahh here it is, the kneeling, the slow lowering of his pants… then his Calvin Kleins… centimeter by centimeter… until THWING! He pops full-blown into view… and I pop full-blown into the handkerchief I keep next to the computer.

It’s always my favorite part… the tension building up… and then the revelation. Will it be a banana? A bent nail? A tree trunk? A pig in a blanket? A hairy clam? A shaved taco? A double lipped-pinkette? I peak at the revelation, and it’s all a downhill drip from there.

So it is with life… with understanding… that single THWING moment where the truth is revealed. THAT makes me come.

I'll be posting this just after midnight March 31, 2018. As I contemplate the merging of late winter snow with the rains of April, I find myself madder than a vegan in a steakhouse. It’s all so obvious now-- like a massive hard-on emerging from a pair of boxers.

Are the goggles of political correctness so blocking of the light that people cannot see what’s at the end of the newspaper spoon? Are we so blinded by la-di-dah visions of a beautiful world… that we can’t see the twat for the pubes? Are we so sure of the basic goodness inherent in all people® that when facts show us that some people are worse than others… we refuse to condemn those people?

There’s been discussion of immigrants lately… a lot of discussion. This is my second column/blog on the topic… but the world needs what I have to say.

Stopping immigration isn’t enough. They’re here already. If you have cancer, you don’t take a pill to prevent getting more cancer… you cut out the lesion! Let’s first take a look at what they’ve done so far.

Here’s a random year in their recent history.

Who are they? Who are the ones causing so much death and destruction? Who are the ones bringing terror and a religion of death into America? The answer came to me on St. Patrick’s Day. The sea of staggering green gnomes propelled a mental orgasm that exploded onto the cumrag of my mind.
Some of you might have already guessed. For some it will all be new. But all are real. Though the victims vary, the perpetrators do not! In every case, we know the religion and the nationality of the terrorists. CATHOLIC. IRISH.

Ireland has the honor of being the only country which never persecuted the Jews-- because she never let them in. --James Joyce

And speaking of James Joyce, there have been great Irish people... a few of them. Most are famous with absolutely no redeeming qualities.

James Joyce succeeded in writing Ulysses, a book so incomprehensible that it could only be outdone by another MORE incomprehensible book, Finnegans Wake, also written by Joyce. Then there’s Oscar Wilde, an egomaniac whose saving grace was his homosexuality.

But when you think of the Irish in 2018 do you think of either Wilde or Joyce? I don’t think so. Take Sean Hannity… please:

Or how about Bill O’Reilly?:

Yeah, I'm obnoxious. Yeah, I cut people off, yeah, I'm rude. You know why? Because you're busy.

Huh? Well, how about this reflection on the Catholic criminal justice system?
Growing up under the heavy hand of the School Sisters of Notre Dame, it was drummed into me that attending weekly mass was not an option. It was a must to avoid eternal damnation, which was not a prospect filled with many positives. Hell fire was perpetual, and no parole would be offered.

And is it an accident that the Irish-- or the Catholics-- are so often violent... so often fixated on hellfire for sinners and non-believers? Is it just a few bad shamrocks stuck in the shillelagh? I don’t think so.

The problem comes down to the core beliefs. The bacteria infecting the mental intestines is a fundamental part of the being of these people... their birthright… or birthwrong. Check out the horror that’s the foundation of that gutter religion. You can’t make this up!

In Book of 1 Samuel, God instructs King Saul to attack the Amalekites: And utterly destroy all that they have, and do not spare them, but kill both man and woman, infant and nursing child, ox and sheep, camel and donkey. It’s no coincidence that during the Crusades-- that reign of terror to make the world Catholic-- the Popes declared that Muslims were Amalekites. Kill them all and their kids... and their camels!

But wait, there’s more! Take the Spanish Inquisition… please!... and the litany of torture devices from the Rack to the Iron Maiden (not THAT one… this one): 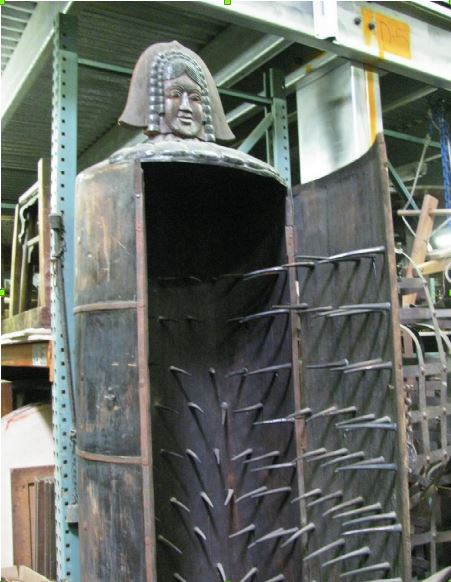 It’s clear that Catholicism is brutal… sadistic.. murderous. But what about the Irish? Are they Catholic lite? The smiley face of thumbscrews and the heretic fork?


It sure as a Blarney Stone doesn’t look that way. EVERY ONE of those terrorist attacks in the bullet list at the start of this blog was committed by the Irish. Our cute image of shamrocks and leprechauns is a lie. There’s nothing cute about flying body parts in a terrorist attack. And it’s not over. The NEW IRA (aka Real Irish Republican Army) has already started the terror in this millennium.


Then we need to start with the deportations. Obama was rightly called the deporter in chief. It seems to be a title that the current president wants to assume. I wish him luck.
OK guys in Washington. You wanna deport? Start with Sean Hannity and Bill O’Reilly. Ship ‘em back where they came from. A one-way ticket to Limerick! Then you can add Pat Buchanan, Steve Bannon… and that’s only the beginning.

What is to be done?

We can’t build a wall in the Atlantic Ocean, but we can take control of our borders. First is putting a stop to all immigrants from Catholic countries-- especially Ireland. Cut the flow of the terrorists. Stop them before they attack again!

No rest until every one of those green-beer guzzling fairy kings and queens is returned to the Emerald Isle. Maybe a few good ones will get mixed into the kit or into the caboodle. But isn’t that risk worth what we’ll be saving?

It’s security for us. Our country. The future. This is a war for our children and grandchildren… a war we must fight. Let the vision of an Irish-free America THWICK into your mind. Doesn't that feel good?

==============
ENDNOTES: [You can contact me on facebook or by email at god@mykelboard.com. Through the post office: send those... er... private DVDs..or music or zines... or anything else (legal only!) to: Mykel Board, POB 137, New York, NY 10012-0003. If you like my writing, you can be notified when anything new is available. Subscribe to the MYKEL'S READERS Yahoo group readmboard-subscribe@yahoogroups.com]

→ Trump Paramour Dept: Stormy Daniels, the adult-film star who accused Donald Trump of sex in the first degree, has since joined the #metoo movement. The New York Times reports that Ms Daniels claimed that she was forced to have sex in order to keep her job in the porno-industry.
Says Daniels, “It made me feel very uncomfortable.”

→ Feminist Animal Rights Dept: Meanwhile, PETA has complained about the #metoo movement itself.


“The movement is human elitist... speciesist,” says PETA spokeswoman, Anita Berger. “Every day, hundreds of breeders force the horrors of sex on thousands of helpless canines and felines. In any other situation, this would be sexual slavery… or trafficking. But because the victims here have four legs instead of two, the abuse is allowed to continue.” 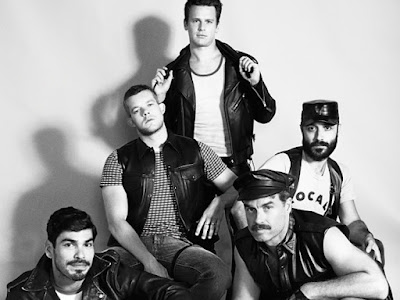 → Shoutout Dept: Gay punkband, Hamstertube, has been performing at small clubs in Berlin, New York, and San Francisco. But who would have suspected TYLER TEXAS as the next hotbed of homotude? The band booked a solid week at the fancy Yahoo Stadium… every show sold out. Now, Rick Perry, former Texas governor, wants the group to perform the Star-Spangled Banner at the first Texas Rangers home game. It is unclear if the band will agree.

→ Antifa action dept: The Cedar Rapids, Jackson Hole, and Tupelo branches of Antifa have been extremely busy lately. The local divisions of the anti-facist warriors have been breaking into school and public libraries to seize and burn dictionaries!
Says Antifa spokesman, Toby A. Senser, “People have no idea of the awful content of these books. Inside them are nazis, fascists, and racists. It’s too much. There are just some things that should NOT be tolerated.

I read that the search engines like lots of links... and it's also nice to support my friends... and enemies... in their blogs. So facebook me or email me if you have a blog, webpage or something else to connect to. I add you. You add me.