YOU'RE STILL WRONG.. MYKEL'S JULY 2020 BLOG VOLUME 1 OR SACRIFICE by Mykel Board

Suffering ceases to be suffering in some way at the moment it finds a meaning, such as the meaning of a sacrifice. --Viktor E. Frankl

Love is not a feeling of happiness. Love is a willingness to sacrifice.
--Michael Novak

Humanitarianism consists in never sacrificing a human being to a purpose.
--Albert Schweitzer 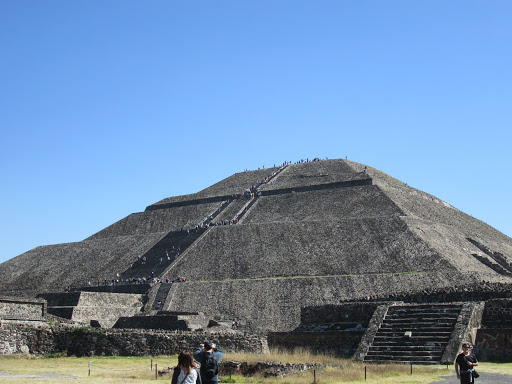 The Aztecs use an intricate knife. Its wooden handle curls in on itself… so it bulges at the back, like a huge snail with its tail attached to the blade… and the blade… ah the blade. Not metal but stone… heavy, nearly a foot long… chipped to two razor sharp edges and a needle tip point.

Pan back from the knife. Up… up… up… until both pyramids… sun and moon come into sharp focus. Pan closer… Shift to the Sun Pyramid...Flat topped… 248 steps...base to the top. A priest waits at the top of the pyramid. At the bottom, hundreds of people gather. You might think it was an Apache pow-wow for all the feathers, though the blue and gold chest plates and loin cloths might make you wonder.

At the front of the crowd, a mother holds her daughter’s hand. The child, about 10 years old, looks up at her and speaks.

[I translate for readers who do not speak Aztec.]

“Mommy,” she says, “I’m scared.” Tears drip down the side of her face. Mother releases the girl’s hand to wipe away the tears.

“Don’t be frightened,” says Mother. “It’s a sublime thing you’re doing. You’re bringing us health, good harvest, a happy future. You’re doing great things for us. You should be proud, not scared.”

“It’s time,” says a man, dressed slightly different from the rest… more gold… with a headpiece that somehow looks Egyptian.

“Yes,” says the mother, “it’s time…. and remember it’s a beautiful thing you’re doing for all of us.”

Mother takes her daughter’s left hand with her right. Together they climb, step-by-step, the 242 steps of the pyramid. At the top, Mother brings her virgin daughter to a little wooden platform… constructed in the center of the flat space on the top of the pyramid.

“You must lie down now,” she says to the girl. “I will leave. The priest knows what to do. Remember... I love you. And you are doing a great thing.”

The little girl sniffs back a sob, clenches her teeth, and closes her eyes. Tears form under the closed eyes and drip down the sides of her head. She lies down.

The priest kneels next to the platform. He holds the stone knife in both hands.

Hands open, the priest raises the knife toward the sky, as if showing it to God. Then he takes the handle in both hands, and, holding tightly, plunges it into the chest of the little girl.

She screams... a high horrible scream… a scream heard 247 steps below… as the blood flows from the girl’s chest down her sides… from the platform to the top of the pyramid.

The screams fade. The priest presses the knife back into the young girl and slices downward… opening a slit… in the girl’s belly.

He sets the knife next to him, directly on the pyramid. Then… he reaches both hands into the slit. Finding the heart, he pulls down, and pinches off the veins and arteries that attach the organ to the girl’s body. When free, he raises the severed heart above his head… letting the fresh blood drip onto his body.

“This is for you, Huitzilopochtli,” he shouts to the sky, “Thank you for keeping us. Let this blood of a virgin be our sacrifice to you. Preserve us for another year. Give us a good harvest and victory in battle. Thank you, God. You are our savior.”

The people at the base of the pyramid cheer…. Then become quiet…. They are satisfied.

That’s what you think… waiting at the base of your own pyramid. There is something human that demands a sacrifice. Soldiers are praised for making “the ultimate sacrifice.” We are urged to self-sacrifice… the firefighters website says, Self-Sacrifice Is A Firefighter’s Oath.

But how about sacrifices like the Aztec little girl? Certainly we don’t sacrifice human beings for some vague principle, right?

You bet your stone knife we do. Our court system… the entire idea of “justice” is based on human sacrifice. Do you think there was any way that Harvey Weinstein could have gotten an objective trial anywhere in America? An innocent verdict would have caused riots. I don’t know if he was guilty or not. It’s my guess… but only my guess… that his accusers saw one thing and he saw something else. That’s beside the point.

Even if he were as innocent of forcible rape as I am of the Kennedy assassination, he still would have been convicted. The gods (goddesses) of #metoo needed a human sacrifice. They needed someone… (actually some ones… I count Bill Cosby among their victims) to be slaughtered on the pyramid… someone for the public to see… someone to bring them good fortune in their future ventures. Guilt or innocence have nothing to do with it.

Before Weinstein… before most of my readers were born… was the Vietnam war... a horrible American atrocity. US planes dropped firebombs on men, women, children… civilians all. Massacre was the name of the game as soldiers collected oriental ears as souvenirs.

In one place, Mi Li, someone caught it on film… hard to do in pre-cellphone days. An entire town massacred. The carnage caught by the camera. 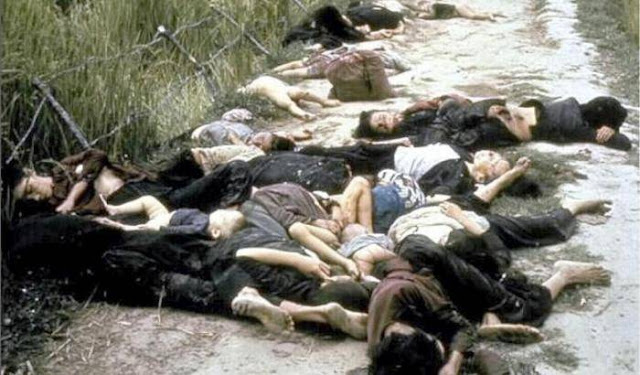 Lieutenant William Calley, was brought up… court martialed… there were posters of the massacre. He killed babies! Though convicted, Calley only spent 3 years...not in jail, but under “house arrest”… like Martha Stewart.


There was outrage. How could someone get away with that? Calley was a murderer! He should spend the rest of his life behind bars. Hey buckaroos! He was a soldier. Soldiers kill people. That’s their job. But Calley was supposed to be the sacrifice for all the evil done by ALL the soldiers... the sacrifice to public opinion… That one didn’t work out.

It’s 2020 and you’ve seen the picture: Officer Derek Chauvin, his knee on the neck of George Floyd as Floyd chokes out “I can’t breathe.” I don’t need to reproduce the picture, you’ve seen it on every TV channel, on every page of social media, on every poster in every march. My pal, Bob Black, believes he’ll get off scot-free… or with a 3-year slap, like Lt. Calley. I think he will be both scotless and freeless.

I think he’ll be a human sacrifice to the gods of Black Lives Matter. A legal knife to the heart to satisfy the call for blood (under the term justice… another word for blood). From what we’ve seen, he is guilty. We certainly have more evidence than did the Harvey Weinstein jury. But that’s not the point.

After this sacrifice, people will cheer, then be quiet. Things will go back to what they were. Cops will be soldiers… whose job it is to kill. Nothing will change about police or policing. One person (maybe with a few others) will be offered up to the God of public order shouting at the base of the pyramid. They will be satisfied.


ENDNOTES: [You can contact me on facebook or by email at god@mykelboard.com. Through the post office: send those... er... private DVDs..or music or zines... or anything else (legal only!) to: Mykel Board, POB 137, New York, NY 10012-0003. If you like my writing, you can be notified when anything new is available. Send me an email with SUBSCRIBE in the subject line. Back blogs and columns are at https://mykelsblog.blogspot.com

→ Music dept: The Boston Typewriter Orchestra has been performing its unique brand of music throughout New England since 2004 and will now be releasing its first vinyl album later this summer. Self-proclaimed conductor Tim Devin and a group of friends founded the ensemble as a joke. After premiering at Boston's Art Beat Festival, the idea took off. Using vintage machines to rhythmically clack, roll, spin and bang out "music," the typist-musicians say different models produce different sounds. "A Smith-Corona Galaxy 12 has a power space function that makes a nice metallic clang sound," explained one of the members.
I wrote my first column for Maximum Rock’n’Roll on a Smith Corona.

→ Something Fishy About This Dept: The Daily Star reports that a 30-year-old man turned up at Zhaoqing First People's Hospital in Guangdong, China, on June 3 suffering from abdominal pain. Doctors performed a series of scans before discovering a whole freshwater fish in the man's rectum.
How’d that get there?
The man explained that he had “accidentally sat on it.”
"Do you think I'm an idiot?" one of the doctors replied.
The spiny fins of the Mozambique tilapia had caused ruptures in the man's intestine and had to be removed through his abdomen by surgery.

→ The weirdest year in history continues dept: You may have heard this one on TV. A huge plume of Sahara Desert dust that drifted across the Atlantic Ocean has reached the southeastern United States.
This plume, which the National Weather Service (NWS) expects to blanket the U.S. Southeast and Puerto Rico, is the biggest in at least the past 50 years.
The dust outbreak is "by far the most extreme of the MODIS satellite record — our most detailed, continuous record of global dust back to 2002," tweeted Michael Lowry, an atmospheric scientist.
I wonder how long before they discover that the dust carries with it a new virus, spread through the eyes, that can only be stopped with a blindfold. Stay tuned for a state-by-state report on the blindfold laws. Actually, that might be cool. The REALLY blind folks would be the only ones who could get around!

MYKEL'S APRIL 2021 BLOG or Side Effects

You’re STILL Wrong or Mykel's April 2021 Blog/Column Side Effects by Mykel Board With some things we are try...