Feminism is a collection of movements and ideologies that share a common goal: to define, establish, and achieve equal political, economic, cultural, personal, and social rights for women. --Wikipedia

I never doubted that equal rights was the right direction. Most reforms, most problems are complicated. But to me there is nothing complicated about ordinary equality. -Alice Paul, feminist

[Note: I promised a continuation of last month's column... but I was...distracted... you'll read about it. I'll continue with the “sucking column” next month.]

The TV on the wall is silent, but running through a series of pictures... like PowerPoint slides. Some senators... Abe Lincoln... famous historically dead colored people... a few girls.

At first I don't know what they're on about, but then I see a mark... looking like a distorted KOSHER sign. After the mark I see MENFORWOMEN. The same thing repeats on each slide. Wait a minute, it's women's something month or week or... I dunno. Oh yeah... that mark... it's a hashtag: #MENFORWOMEN, like #BLACKLIVESMATTER. I get it. I try to concentrate on the band and my shrimp something in something rice-ish.

In the corner of the bar, under yet ANOTHER TV, sits a twenty-something couple. Drinking vodka shots from the bottle on the table, they gaze blurrily into each other's eyes. The guy is handsome, slicked back dark hair, a 10 o'clock shadow, light eyebrows looking almost manicured. Mentally, I name him CHASE. The girl is... er... plain. White, with shoulder-length scraggly blond hair, puffy cheeks and puffy eyes. Too heavy powder doesn't cover her skin problems... even in this soft light. I call her CALI.

Cali reaches her hand up and presses it against Chase's neck... forcing his face into hers. I know where this is going. I can see the scene... 12 hours later... both naked in her bed. Chase wakes up first... slowly the girl comes into focus. She's lying on his arm. Along with the hangover headache comes the thought... JEZUS, What happened? Did I fuck HER? My God! How'm I gonna get out of here? I'm really gonna have to chew my arm off to avoid waking her up.

That's when I think about equality!

If we had equality, the guy could claim rape. Right now, only girls can use booze as a sex excuse. No matter what they did... or who started it... or it they both were drunk... if the girl was drunk she can claim RAPE! She's not responsible. Legally, DRUNK WOMEN CAN'T GIVE CONSENT. ALL sex with drunk women is RAPE!

With a little equality, Chase would be able cry RAPE... and explain to his friends how he would never have given consent to such a pairing. It was the alcohol! She should have known! She took advantage of his condition!

I can't take my eyes off the couple. On Cali's blouse-- a frilly thing with tiny pictures of vines-- is a pink ribbon. I think it's for breast cancer... I'll look it up when I get home. Then I think some more about equality.

If we had equality, I could have my own ribbon. Right now, in this country where the average man dies a septuagenarian and women live on into the next decade... who gets the ribbons? Breast cancer pink. Cervical cancer teal. Wife-beating victim purple. Bulimia periwinkle, for God's sake! Ribbons for diseases that WOMEN get. Where's my ribbon? Prostate purple? Testicle tangerine? Hernia heliotrope? How 'bout some equality?

BACK TO THE RUSSIAN BAR: It's a different band now... an awful cover band... on a break from Bar Mitzvah duty. I'm ready to spit up my pierogi! They're playing YESTERDAY!

The couple in the corner howl along... chins raised, singing to the ceiling:

all my troubles seemed so far awaaaaaaaay,
Now it looks as though they're here to staaaaaaaaaay,
Oh, I believe in yesterdaaaaaaaaaay

I picture them ten years from now.

CALI and CHASE. Chase comes back to their Williamsburg luxury apartment. It's been a hard day at the bank. (It's a running joke... worn out by now: Chase works for Citibank. Ha ha.) He rubs between the thumb and forefinger on his left hand.

“Damn carpal tunnel,” he says. “Doc wants to splint it, but it'd look too ugly. I got clients to meet.”

Cali sits on the couch. Her skin has cleared up since the days at the Russian bar. She's also plumped out a bit. She wears a pink nightgown and a loose green terrycloth robe.

“I managed not to leave the house all day today,” she says. “Got completely caught up on The Big Bang marathon. Those guys were soooo hot!”

Equality! If we had gender equality, WOMEN would pay MEN alimony. All that time MEN worked so women could SHOP! Let's return some of that! All that nail salon, beauty parlor, days out in the cafe with the girls... let's see some of that back! Yeah!! Bring on equality!

The sound of water brings me back to the present. The Mexican busboy is filling our glasses and taking away some plates. They always smile, these busboys, but with a hint of fear. U.S. immigration... hot on their brown little tails. Any day, they could be swept away in a round-up organized by some over-eager candidate for higher office.

Wait a minute! If we had gender equality, they could be victims of HUMAN TRAFFICKING! They could get amnesty... maybe some cash from the government. Instead of being ILLEGALS, they'd be victims... entitled to all the sympathy that Russian callgirls get when they shed tears at how they thought they were going to be movie stars.

These poor Mexicans are TRAFFICKED! Human cargo... brought to America on the promise of riches and trapped into sometimes two or three jobs... servicing gringos... hundreds in a night... just to feed their kids. Where are the calls to end their exploitation? The petitions to penalize the traffickers, and allow the misled immigrants to live decent lives in America?

The band leaves. The show's over, and I head home. Back home, I check facebook. There's a picture of a girl... her face is bruised... two black eyes... Next to her picture is a photo of the perpetrator, a white guy seated with his arms folded, looking somewhat smug. 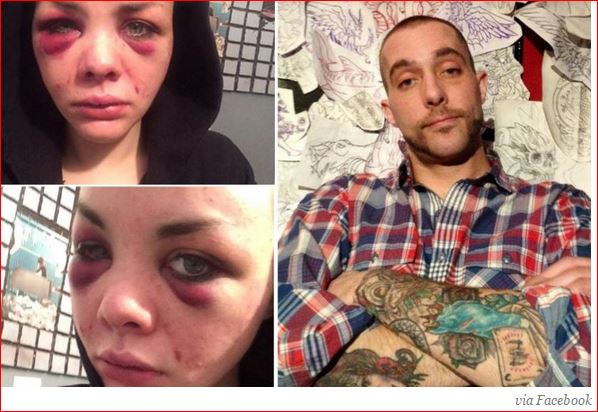 WHAT HASN'T THIS MAN BEEN CAUGHT? screams the headline. PASS THIS ON TO YOUR FRIENDS. DON'T LET HIM GET AWAY!

How do we know the guy didn't look worse than her after the fight? How do we know the girl didn't hit him with a steel pipe before he turned on her? How do we even know she was assaulted, and not simply the victim of a drunken car crash... using the opportunity to get back at a guy who dumped her for someone less possessive?

80% of murder victims are MEN. The statistics are about the same for assault and robbery. So what does congress do? It makes a VIOLENCE AGAINST WOMEN ACT. Could anything be more UNequal? The same people who call for gender equality want to make laws AGAINST that equality.

Yo! Let's have some gender equality here. How many women are fired from their jobs for whacking their husbands on an elevator's surveillance camera? Does it never happen? Or is it that it's just not newsworthy? With gender equality it WOULD be newsworthy.

With gender equality, I could have a bill demanding MEN receive “equal pay for equal work” even though the people I'm working with have worked the "equal" job for 10 years more than me and have twice as much education.

FLASH AHEAD: The year is 2130. I've been dead for 100 years. In heaven, they throw you a big party on the 100th anniversary of your death. In heaven, they've also achieved real gender equality. Saint Peter has retired from the gate. Now, the entrance is (wo)manned by Saint Jolie the deBreasted.

I'm lucky, I've persuaded the VERY DEAD BOYS, an angelic punk group, to play at my party. Usually, they don't play cover songs, but tonight they're doing a heavenly version of RISE ABOVE. They sing it as RISE WAY ABOVE. I'm getting soused on Celestial Bourbon. It's late (by heaven's standard) and I find that-- in my old agelessness-- I get tired before noon the next day.

I quietly leave the party and walk down the half deserted streets. The sun is just coming up and some early workers are carrying bricks and pipes to heavenly construction sites. People keep dying so there's an eternal housing shortage.

A pair of women carry a large sheet of plywood-- one on each end. They wear flannel shirts and hardhats. I have to turn sideways to pass them. As I pass, I hear a whistle behind me. I look over my shoulder.

I smile, wink, and walk on.

-->Presidential Politics Part One: Presidential candidate Scott Walker, as Milwaukee County executive, promised the local Jews that a menorah, as well as a Christmas tree would be shown in the courthouse. He signed his letter to the Jewish community: "Thank you again and Molotov."

-->Presidential Politics Part Two: Another presidential candidate, Louisiana governor, Bobby Jindal, has campaign workers distributing literature blaming Hurricane Katrina and deadly tornadoes on gays and abortion. "We have watched sin escalate to a proportion the nation has never seen before," one of the "prayer guides" says. Hurricanes and tornadoes come because of "the people's negligence to worship and serve God with their whole heart."

-->More on Ferguson dept: An assistant district attorney distributed to the grand jury in the Darren Wilson case a copy of a law governing the use of force by police. That 1979 Missouri law said it was legal for police to shoot fleeing subjects. What the assistant DA DIDN'T say was that the law was ruled unconstitutional by the US Supreme Court in 1985.

-->With regards to crime dept: Someone is bound to point out that women are rape victims more than men. I ask, why?
The answer? The law defines a PENIS as a requirement in committing a rape. Usually, that means a man doing it. In most places, a rape victim, by definition, CANNOT have a penis.
Bend over boy as she rams that broomstick up your ass. Too bad for you she's a girl, because that makes it NOT RAPE.

->Keeping the Pressure on Dept: I want to thank reader George Metesky for suggesting a continuing Bring Back Mykel effort directed at Maximum Rock'n'Roll for their firing me as a contribution to the world of censorship. Send your comments-- to mrr@maximumrocknroll.com with the subject line: BRING BACK MYKEL! Let me know how they answer.