[I write this blog 3½ hours into my Yom Kippur fast. As usual, I am doing no work during the fast. For me… work is anything having to do with money… Today, I allow myself only to write, clean my apartment, and prepare for my month and a half in India.]

Barefoot, dressed in itchy sack cloth, I enter The Holy of Holies to pray for my congregation. Around my waist is a rope… the other end dragging outside. If I faint, or lose my balance, the congregation can pull me to safety without having to enter this place themselves. Only I-- head priest/rabbi- am allowed inside.

Only me… and G-d. I bet they’re all thinking it’s a massive golden room with dancing girls … and jugs of wine stamped from grapes… barefoot by naked angels. Emeralds, rubies, adorning human skulls… cups for the wine.

Sorry to disappoint you. It’s just a bunch of rocks… just a place for me and G-d to talk things over. For me to get straight with G-d… to confess my sins… and the sins of the congregation. That time I ran out on the poor drunk girl… just left her in the club to fend for herself because I couldn’t stand her dragging on me. Then there was taking advantage of my sister… not that way… but in a more perverse way… exercising my penchance for stirring up shit… I pushed her Israel buttons… more interested in being right than in being compassionate. Then there was that guy on the subway… walking car to car… showing off his disfigured legs… legs, he said, scarred in a motorcycle accident… unable to take care of… blah blah blah… I clicked my tongue and felt annoyed that he was keeping me from my reading. Then there was me… sitting at a table with others… having a discussion… but not discussing… only waiting… not listening… not learning from the people around me… but only waiting to bust in… have my say… preach what I already know. Then there was that girl… the shiksa… on her hands and knees… whimpering… “Yes, you can do it Mykel… but please… be gentle… I have hemorrhoids.” I wasn’t gentle. The list goes on.

This confession is easier than it would be if I were to make it in anyone else’s presence. G-d shows no judgement… just a simple nod of the head for each sin… and a patient wait for the next one. After my sins come the sins of my congregation… much longer and more perverse than mine. I feel faint... out of breath... wonder if I’m going to collapse and need to pulled out by the rope. I continue… there’s a sin for every letter of the alphabet. Oy vey! And then I’ve got to come out and give a sermon. Why can’t I just have a little Manischewitz and some matzoh balls and be done with it? Wrong holiday.

We have a deal... G-d and me... Since she can only forgive me for sins against her (working on the Sabbath, saying Goddammit, stuff like that) she takes my other forgiveness requests and holds 'em until I'm forgiven by the people I actually sinned against.

The deal works like this: If I forgive everyone who did bad stuff to me... and THEY forgive everyone.. then we can have a whole set of slates... all wiped clean. But I gotta go back more than a year... who knows who I missed in the past.

But finally I’m done. G-d smiles, wishes me well, says “All is forgiven” (At least that’s what I THINK she says… My Hebrew is lousy.) And I head out to give my drasha (sermon).

I adjust my tallis and clear my throat before starting. My right testicle itches like hell, but in front of a congregation of yarmulkes I fight the urge to scratch. I lose the fight.

“If there’s anything lacking in America in 2018 it is forgiveness. It is the ability to say… okay, it’s over. You fucked up and that was then and this is now.”

“In this age of cellphone ubiquity every time you scratch your balls it’s recorded and posted on Twitter. Every OK sign becomes a flash of WHITE POWER! Even if the flasher isn’t white.

“Another sign was “flashed” by Zina Bash, a Jewish-Mexican American. Just resting her arm on her hand. BANG! She’s “flashing racist signs.”

“People are so quick to judge… so unable to forgive…

“Well, intentional or not... she's forgiven.

“Forgive… When we think of for we usually think of fore... BEFORE. But here it means completely not... like forego. When we forgive, we completely give up the idea of punishment… of retribution… or guilt. We forget about past sins, mistakes, errors, malice. We put a fresh coat of paint over the toilet wall of phone numbers and graffitied vaginas.

“Forgiveness is built into the law. That’s why we have statutes of limitation. People change. Sins of youth… of passion of the moment… of immaturity… they’re over… forgiven. We’re allowed to make mistakes and move on.

“Yes, fellow penitents, America… and maybe the world… has a huge grudge-on. There is no MORE forgiveness… especially with mistakes made about sex! My fellow circumsizees… is there anyone among us who has not lusted… who has not poured that extra drink in hopes of nookie payback? Is there any one of us who has not pressed too hard or begged BUT PLEASE... hoping to G-d NO didn’t really mean NO?

“Yet when an Alabaman runs for the Senate… one with a POLITICAL record (as reported by Wikipedia) as an advocate of far-right politics. He attracted national media attention and controversy over his views on race, homosexuality, transgender people, and Islam, his belief that Christianity, as interpreted by him, should order public policy,and his past ties to neo-Confederates and white nationalist groups. Ray Moore was a leading voice in the birther movement, which promoted the false claim that former President Barack Obama was not born in the United States.

“But for what was he unforgiven? For encouraging his three pack to be touched 30 YEARS EARLIER! No forgiveness there. He denies the allegations. I say it doesn’t matter. There is a moral statute of limitations. We have to FORGIVE. We have to allow people to move on in their lives to paint those toilet walls. I… opposed Moore for his CURRENT beliefs… for his political platform… But I supported him in the name of forgiveness…. I emailed a letter to him showing that support. I wrote about this before.

“Now there’s Brett Kavanaugh, on tap to be a Supreme Court Justice. In 2009, the guy wrote: "Congress might consider a law exempting a President -- while in office -- from criminal prosecution and investigation, including from questioning by criminal prosecutors or defense counsel." And he’s appointed by a president under investigation! Just awful.

“There are a ton of things… opinions… judicial things... to oppose the guy on… but what happens? HIGH SCHOOL! Decades earlier some one claims he put his hand over her mouth. Rape? Naw! Physical injury… fuggeddaboudit. He put his hand over her mouth and rubbed up against her. 30+ years ago! What the fuck? My fellow Jews… are there any of us who have not done something in High School that we regret… that we’re sorry for? We were TEENAGERS! Stupidity and aggression is in the nature of teendom. Forgive it!

“Kavanaugh, who had my opposition for a host of legal, moral and judicial issues… now has my support in the name of FORGIVENESS. I hope he gets the job.

“When we talk about HATE GROUPS… what better criteria for hate than lack of forgiveness? If we find an offense-- real or imagined-- and we hold a grudge... refuse to let it lie. Refuse to delete those pictures on our iPhones… then we hate.

“So, Ray Moore, Brett Kavanaugh, you have my support. Not to do so would make me a part of a very large hate group. It’s Yom Kippur, everyone is forgiven. I don’t hate anyone at all.

“My the words of my mouth and the meditations of my heart be pleasing in your sight, oh G-d, my Rock and my Redeemer. Amen.”

-→Repeat repetition Dept: I know this column is very similar to one I wrote recently about REVENGE. Like the news… sometimes I repeat myself. Like the news… sometimes I repeat myself.
My life is not so novel at the moment… but that will soon change. In a few days, I leave for 6 weeks of travel to INDIA. Especially, I’ll be in Mumbai (the locals call it Bombay) and Delhi… old and new. Any advice, contacts, warnings, band or food recommendations would be much appreciated.
You can email me at the above address, or post to my India facebook page. I hope to hear from you. I’ll also be posting regular updates in my travel blog.

-→Speaking of the White Power sign: Ever since the guys at 4Chan – the Yippies of the right-- noticed that Donny Trump often gestures with the OK sign, they’ve made it their business to convince the world that the sign means “White Power.” I don’t think there’s a group of bigger suckers than the totalitarians from both sides. They see, Commies, Russians, Secret signs, dirty immigrants, conspiracy this, conspiracy that, around every corner and under every bed. So, in order to stoke the ovens of the GREAT CONSPIRACY, here’s my contribution (guaranteed REAL PICTURE… NOT PHOTOSHOPPED) to the conspiracy: 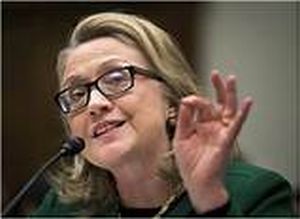 --> More on teens Dept: Two 13-year old boys were charged with Sexual Harassment for slapping the asses of two 13 year old girls. Slapping the asses!!! Jeezus! Who HASN'T slapped or been slapped... It's a high school ritual, and watch any baseball or football game for more. These guys could go to jail for 10 years!!! Just incredible! I don't even think there's enough even to ask forgiveness for... except for the girl's parents who are proceeding with the ridiculous charges.

→Huh? Dept. I happened to catch this on some website or other. Seems to be an official tweet from the Lake Tahoe police warning people not to leave “scented items” in their cars in bear country. Ok, makes sense to me. Bears are hungry, they may do some damage trying to get in. (Though I’m surprised they instagram the results of their actions.) But what doesn’t make sense is BEAR CANISTERS. My spellcheck keeps trying to correct it to BEER CANS. Maybe it’s a special term that locals know but the rest of us are ignorant about. Check it out yourself…. It’s BEAR CANISTERS. 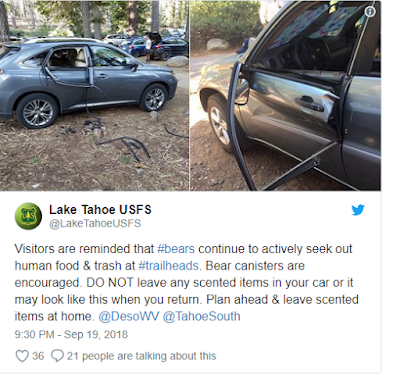 I read that search engines like lots of links... and it's also nice to support my friends... and enemies... in their blogs. So facebook me or email me if you have a blog, webpage or something else to connect to. I add you. You add me.

CONTACT REDUX: You can contact me on facebook or by email at god@mykelboard.com. Through the post office: send those... er... private DVDs..or music or zines... or anything else (legal only!) to: Mykel Board, POB 137, New York, NY 10012-0003. If you like my writing, you can be notified when anything new is available. Subscribe to the MYKEL'S READERS Yahoo group readmboard-subscribe@yahoogroups.com.