Every asylum in this nation is filled with poor souls who simply cannot stand lanolin, cellophane, plastic, television, and subdivisions. --Michael Pollan

Back from the Deli… not India-- that was a few weeks ago... but the local place around the corner. Ham and cheese on a kaiser roll… I unwrap the plastic from the roll and take a bite of the sandwich… ahh the joy… I’m sooo fuckin’ hungry… but wait... it needs mustard. Ham, cheese, lettuce, on a roll… you can’t eat a ham and cheese sandwich without mustard. A little on the cheese… a little on the lettuce… close the roll again… yeah! It's the New York lunch of the goyim… and those of us who don’t keep all the rules.

CHOMP, CHOMP CHOMP…. a few more bites and the sandwich is gone… into near-future heartburn and further future loose brown turds. I lick my fingers before picking up the plastic wrap… Then I take a bite of it… pulling the wrap into bite-sized pieces. I feel the smoothness of the plastic inside my mouth… slipping over my molars… I grind it down… take a swig of seltzer to wash it over the back of my tongue. Then another bite of the plastic wrap. I use my tongue to separate the price label from the wrapper. Why bother? I swallow them both.

Weird fantasy? You bet your Nexium it’s not. Daily, Americans eat the equivalent of thousands of plastic wrappers-- or latex gloves. I don’t know about where you live, but here in New York… it’s the law that anyone who prepares food must wear latex gloves before touching the goods. Every sliced piece of meat… every block of cheese… every bunch of grapes… must be handled by hands encased in plastic. Change food? Put on new gloves. And you think that plastic stays on the gloves? You think that latex doesn’t contaminate everything it touches? You think you’re not eating fistfuls of plastic every day? Think again, buckaroo. Happy cancer, baby!

In most countries in the world people use skin. Naked hands-- usually washed naked hands-- but who knows?… Naked hands handle food in India… in Africa… in most of Asia. Go to Japan and find an expert sushi chef who wears hand condoms before molding that perfect fish to that perfect lump of perfect rice… yeah right. Skin... it only works with SKIN!

But here… in the US and maybe much of Europe… the body is DIRTY. Skin is DIRTY. It carries GERMS. Don’t touch it. Don’t let it touch your food. Cover it up… that’ll make it safe… The bare body is BAD! Avoid skin at all costs.

While New Yorkers debate a ban on plastic straws, they consume hundreds of thousands of plastic gloves… to cover the sin of SKIN.

In the Pacific… or the Atlantic… somewhere... there is a floating island of latex gloves. Fish are choking on latex gloves. Seagulls are dying from trying to pick real food from floating latex gloves.

Those floating plastic islands you read about... destroying marine life… they are not just plastic shopping bags and drinking straws. They are the tiny one-use bags dog owners use instead of a broom and dustpan to pick up shit on the street. They are millions of garbage can liners, because we don’t want to dirty the inside of our trash bins (oh how disgusting). They are millions of baby-preventing condoms because washing and reusing the same condom twice… OH YUCK! And... they are millions of once-used latex gloves.

But wait! There’s more. Think about those pots you stick in the microwave… or in the freezer. You live on the plastic wrapped meat... vegetables... yesterday's tuna casserole... in the refrigerator. Your morning sandwich bought plastic-wrapped at Pret A Manger! All that: in plastic. And you think you’re not eating it? You think those petroleum molecules are somehow better for you than the washed flesh of someone’s hands?

Sure, blame the cancer epidemic on smoking… on vaping… on the artificial food coloring squirted into your bottle of Mountain Dew. Wake up bottled water drinkers! Every bottle of water is surrounded by plastic… and that plastic goes INTO the water. Buy water by the case? By the time you get to that last bottle, more plastic pollution has leached into that water than will ever come out of your faucet.

Yeah, in other countries they sell water in plastic bottles. Their own water is undrinkable and glass is too heavy for easy and cheap shipping. But most other countries don’t use latex gloves to touch food. They don’t use them to touch each other in the doctor’s exam room.


I blame Christians... those sex-adverse fanatics who tell you that THE SOUL is godlike... good... while its house is evil... sinful... needs to be hidden away like a filthy box for a precious jewel. Christians-- along with their monotheistic cohorts: Jews and Muslims-- have taboo-ized the body... made it shameful... along with all those things the body does... pissing... shitting... fucking.

“The British?” I guess out loud.

He points a hard index finger at me.

“Like the Americans ruined the other Indians,” I answer.

But it’s not only sex. It’s deeper than that… or-- in a way-- more superficial… or at least surface. The problem is the body and its outer coating… SKIN. The mind is holy. The body is dirty. It needs constant washing… covering up… protection. Half of the #metoo complaints are He touched me. His skin on my body… not even on my skin… just my body. I’ve been defiled… used… his SKIN touched me.

FLASH TO LEXINGTON AVE, NYC: I walk into the school lobby, preparing to board the elevator to take me to my first class of the day. I hope Shiho will be the student. She’s my favorite… one of three people I know in the world who have been to North Korea. She's got terrific stories. This elevator, though, takes fuckin’ forever!

Then it hits me… that caustic smell… filtering through my nosehairs and embedded boogers… burning my nostrils… a medicinal… artificial... stinging smell. I’d know it anywhere: PURELL. The most pervasive example of puritanical cleanliness since Queen Victoria ordered table legs covered-- in modesty-- in the mid 1800s.

The smell is everywhere. In the mensroom, in front of elevators, in the train, in Del Monico’s Deli, where I’m trying to enjoy my half price 4-6PM dinner… The woman at the next table glares at me as she scrubs her hands with PURELL-soaked wetnaps… as if she were trying to rub from her eyes the image of my eating these greasy chicken wings. I gag loudly at the smell.

You don't see Purell in India. They don’t rub germicide on their hands... killing off the weak bacteria… so only the strong survive to reproduce. They don’t wash their hands after taking a piss in Christian fear that their naked hand touched the never-to-be-naked skin DOWN THERE!

[Aside: Some facebook friends were trying to convince me it's HEALTH reasons to wash your hands after only taking a piss. Yeah, right. What's the DIRTIEST PART of any public toilet? The first place touched by people who piss on their hands, jerk off or get shit on their hands while wiping? You got it right! The SINK HANDLE. And what's the LAST place you touch after washing your hands? Yep.] 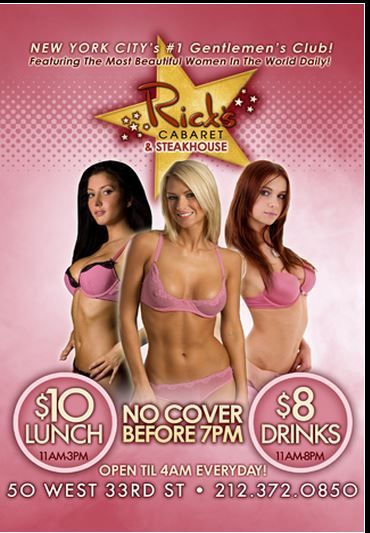 -→Common Cold Dept: Some British politician once said, "I think right now if Donald Trump invented a cure for the common cold, they would still find a reason to criticize him."

BINGO! Trump says he’s pulling 7000 troops out of Afghanistan and ALL the US troops out of Syria. He’s ending two of the worst cases of American international interference in the last 20 years. And what does he get? CRITICISM from both parties. It’s easy to understand from the war-loving Neocons… but the liberal Dems? If Obama had done the same thing, they would have had a parade in celebration.

-→Who doesn’t? dept: The Daily Mail reported on Dec. 14 that a Chinese man identified named Peng was hospitalized in Zhangzhou after he complained of a cough and chest pains. As doctors examined him, Peng admitted that he was "addicted to smelling his socks that he had been wearing." The pain in his chest, it turned out, was a fungal infection he had inhaled from his socks.

While Peng made a full recovery, other people said on Chinese social media that they have the same habit: "The reason I smell my socks is to know if I can continue wearing them the next day!" one of the comments said.

Another pledged to "wash my socks every day now.” He learned his lesson.

-→My kind of recycling dept: Jim Alexander and Betina Bradshaw of Devon, England, had a Christmas feast for family and friends. On the menu: deer, pheasant, rabbits, badgers ... all roadkill. Alexander, a trained butcher, had collected nearly 50 fresh animal corpses over the past year. The butcher said his collecting habits have occasionally drawn the attention of police, but "once they realize I'm doing nothing wrong, they are fine, and one even helped me lift an animal into the van."

I see this as a dilemma for vegetarians. The animals eaten weren't killed for food. They were dead anyway. Isn't it a waste to just throw the corpse into a trash heap? If the roadkill isn't eaten, then carnivores will simply spend money to buy meat that WAS killed for food.  Doesn't eating roadkill actually SAVE animals?


CONTACT REDUX: You can contact me on facebook or by email at god@mykelboard.com. Through the post office: send those... er... private DVDs..or music or zines... or anything else (legal only!) to: Mykel Board, POB 137, New York, NY 10012-0003. If you like my writing, you can be notified when anything new is available. Subscribe to the MYKEL'S READERS Yahoo group: readmboard-subscribe@yahoogroups.com.