"In a patriarchal society all heterosexual intercourse is rape because women as a group are not strong enough to give meaningful consent.” --Catherine MacKinnon

It's more frustrating than a beautiful lesbian. Scrolling though my punk pix... fresh from the camera... Ah, here's one... recent... from HARD LEFT at ABC NO RIO... Needs a bit of cropping and just a little lightening in the shadows. Too much for IrfanView. I'll open it in Gimp... the best free picture software... I think. Right click... open with...Gimp... Ahh, there we have it. A little touch and ready to go.... The other pictures, I can just click and crop.

Click...KEEN-TONG... wait... Gimp again. Fuck, I forgot to UNCHECK the always open with box. Damn! Now I gotta go back into MY COMPUTER and fix the pictures to open the way I want. It says MY computer, but IT takes over! Whose computer is it REALLY? Why is the default CHECKED? Shouldn't I be the one doing the checking?

Flash ahead: eBay, I have two accounts... it's a long story... but I often have to go between them. KEEN-TONG: sign in. There's the box, stay signed in on this computer (uncheck if on a shared computer). The box is ALREADY CHECKED!! How the fuck do they know what I want? A checkbox should be checked by ME... not checked by default. It's MY fuckin' computer! Even Microsoft says so.

I go to update my version of Adobe Flash... As a bonus, would you like to install GOOGLE CHROME as your default browser? You guessed it. The box is already checked.

My alarm resets... same time every day... by default. If I forget to turn it off Saturday... BEEP! BEEP! BEEP! at 8 o'clock Sunday morning.

I walk into The Black Sheep... Maria, the bartendress... sees me coming in the door. Before I belly up to the bar she's got a pint of Yeungling poured and waiting for me... my default beer.

FLASH TO RUTGERS: Slate reports: A Rutgers-Newark professor is on trial for sexual assault of a disabled man in a bizarre and disturbing criminal case out of New Jersey. Last week, a psychologist testified that the disabled man—who was a patient of Anna Stubblefield when she started having sexual encounters with him—was unable to consent to sexual activity.

The details of the report are interesting, but not important here. What's important is THE DEFAULT! For most things, the default is YES! Stay logged in... open with the same program... give up your privacy... order a Yeungling. No answer means YES! But sex???

No! No! No!
FLASH TO BALTIMORE: In an amazing blitz of reality, a 13-year-old boy has been charged with criminal assault for kissing a 14-year-old classmate! According to the police report, the kid “pulled the girl toward him and kissed her on a dare from other classmates.” Can you imagine? A criminal record at 13 for kissing a girl? There's no indication if the girl was happy with the kiss.

FLASH TO A HOSPICE BED: There's ME lying there. … chained to the bed so I don't injure myself in my spasms. There I am. A spastic vegetable... able to answer stimulus with only a twitch... if that. There I am, late at night. A private room, because my garbled curses are intolerable to anyone else. Two AM... Time for my late night check. Time for the nurse/orderly to take care of the helpless patient.

The doorknob rattles... a light CREEEEEAAAAK... footsteps... I can hear the white shoes against the heavily mopped floor... moving to my bed... The healthcare worker hovers over my face and smiles. We are... for a moment... face to face. It's a friendly face that disappears all too quickly.

Yes! Yes! Keep going! Almost! Pressure builds in my taint... only a few more seconds... Now. Now! NOW! Chained to a bed, deprived by circumstance and biology of every human pleasure... at least I can have this! Yes! Yes! YESSSSSSSSS!

No. I can't. The law will not allow it. By law, I haven't been pleasured, I've been abused.

Why is my sex default: NO? Why do I arrive in the hospital... in the ward... in the bedroom with the SEX box UNCHECKED? Who DOESN'T like sex? Who DOESN'T want to be touched, fondled, sucked off? SEE THAT HARD-ON? That's the check in the box.

And girls? Okay, you have less obvious hard-ons. So, waddaya think of sex? Is it boring? Yuckie? A distraction from the important things in life? I didn't think so.

Drunk girls are presumed NOT to want sex. The mute... the retard... no no... they're cripples. They can't possibly want sex. Consent says the box starts unchecked. Incredible college sex rules say EVERY STEP needs Consent :

Two dozen steps before the good part! Each time the answer is NO unless you say YES. Why?

Consent! They'll tell you. The key is consent... I've said the same thing myself... until I thought about it. The idea of consent assumes a default NO! It assumes that people don't want sex unless they specifically say, I WANT SEX! What universe do we live in? We've been so accustomed to CONSENT! CONSENT! CONSENT! being thrust upon us, that we just believe the definition... the default.

Raise your hand if you don't like sex. That's what I thought.

If I'm drunk, I want sex MORE than if I'm sober. I may not be able to... er... perform... but that doesn't change that I still want to relieve the old Vienna sausage.

We don't have to consent to a host handing us a cup of coffee in the morning. If we're not coffee drinkers, we say “no, thank you.” Otherwise, it's ours. We don't consent to a basket of bread at an Italian restaurant. If we're gluten-free, we say so. We don't consent to a whiskey refill. If we don't want any more we put our hand over the mouth of the glass and say “No thanks, I'm almost at puke level.” 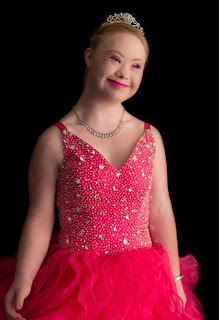 My guess: this comes from the Protestant anything-that-makes-your-body-feel-good-is-bad mentality...plaguing Christian-dominated countries for centuries. BUT, who lets it continue?

We all do. Not one of us has ever thought different than to start with the sex box unchecked. Even the most libertarian amongst us would argue for CONSENT. Not so fast, I say.

Our Christian baggage says consent is SAYING YES... CHECKING THE BOX. I say consent should be NOT SAYING NO! I say that the sex box is checked. The default is FUCK ME! BLOW ME! JERK ME OFF! DIDDLE MY CLIT!

Why do we have to say YES for sex, and not for almost any other human act... certainly not for any other PLEASURABLE act? Every other animal species snarls NO, when they don't want it. Only humans have to say YES.

Wake up, buckaroos! We're BORN with the box checked!

We can agree that (usually) no means no... but NOT ABLE TO RESPOND? Maybe that means yes. Maybe we shouldn't need to say yes, especially if we can't say anything at all.

-->Today's internet humor question:
Q. How many green anarchists does it take to change a lightbulb?

A. None, because a lightbulb cannot be changed. It must be smashed!

A. Go to jail for two weeks (and lose his job, as he was not allowed to call his former employer).

B. Marry his girlfriend and write Proverbs 26:27 (If a man digs a pit, he will fall into it.) 25 times a day for two weeks.
Because of fear of job loss. Josten took the marriage and the Proverbs' proverb.
My take on it is, that by accepting the marriage, poor Josten has just dug his own pit.

-->Long overdue dept: Sid Yiddish reminded me that I should thank my friends at PORK magazine in Portland for printing some of my columns. They're quarterly, so they can only do one out of three... but THAT'S a big help. Thanks guys. It takes balls.

-->Catholic school education? dept: In England, Paul Neaverson has been called the world's dumbest bank robber. He reportedly pulled a knife on a teller and demanded she transfer Ƚ500 into his bank account. He then gave the teller his name and account number.

When the teller rang an alarm, Neaverson ran out and into ANOTHER bank just down the street. He also tried robbing the second bank.

-->Keeping the Pressure on Dept: And on the side of the ball-less... take Maximum Rock'n'Roll... please!
I want to thank reader George Metesky for suggesting a continuing Bring Back Mykel effort directed at Maximum Rock'n'Roll for censoring me.
As their revolving editrixes move on to commercial ventures, they blame their predecessors for my demise... as if they had no control over the business.
Send your comments to mrr@maximumrocknroll.com (or post on their facebook page) with the subject line: BRING BACK MYKEL! Let me know how they answer.

-->War in the Pacific Department: For all of November and the first half of December I'll be in the Pacific. First Japan, then The Philippines. If you're in Asia during that time send me an email. Let me know and we might be able to meet up. You can keep track of my schedule on facebook.

-->And: I'll be taking a break from my massive clean-up/divest kick while I'm traveling. When I return, I'll be again giving away DVDs, cassettes, VHS videos, CDs, posters, and a few 7-inch singles. Just pay separate shipping and handling. Details at: MykelsGiveaway