You're Still Wrong, Mykel's Nov 2020 Blog or Truth and Nothing But

[Back to once-a-month now. Though I only had 14 days to think about this one.]


As scarce as truth is, the supply has always been in excess of demand. --Josh Billings

Dearer to us the falsehood that exalts than hosts of baser truths. --Anne Landsman

Ashley and I are clothes shopping. Neither of us likes shopping for clothes on-line. We want to feel the material... try it on... look in the mirror... support the local shops. Me? I usually hate clothes shopping except at thrift stores. Ashley likes… er… higher end.

Flash to a hoity toity designer shop in Soho. Ashley tries on a blouse that looks somewhere between a Hawaiian shirt and a Whole Foods shopping bag. It’s too tight over her belly.

She looks at herself in the mirror.

“You look like shit in it,” I say. “It makes you look fat and your tits look lumpy… like potatoes stuffed too tight.”

Tears form on those parts of her eyes closest to the nose-bridge. They dribble down symmetrically. She wipes them away and sniffs.

“Can’t you say something nice?” she asks. “I know you don’t like expensive stuff. But what do I look good in?”

“You look good in a black t-shirt torn at the shoulder, and molded to show some nipple,” I tell her.

“You asshole!” says Ashley. “Why do you go shopping with me if you’re only going to insult me?”

“Because I know YOU like to go shopping,” I answer, “and I figure if I do something you like, it’ll get me laid.” 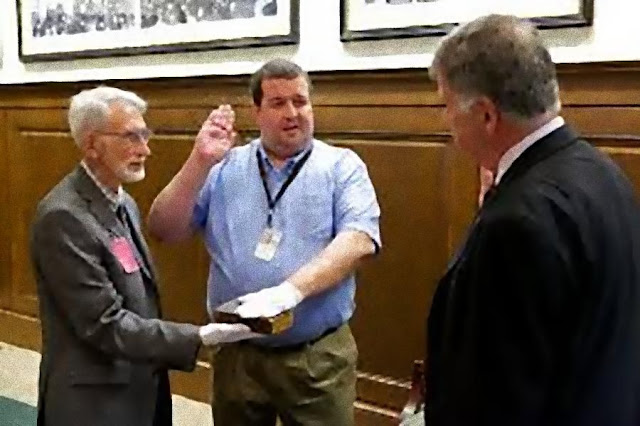 None of that really happened. But, although not true, it reveals a deeper truth. TRUTH, you see... despite protestations, charges of “fake news,” “conspiracy theory...” is something that NOBODY wants.

We get along in our everyday life through lies. Lies are the grease that keeps friendships together. Lies are the sandpaper that smooths out friction between one government and the next. Lies are our entertainment. Parody is lies. Satire is lies. Borat is lies. Even awful love dramas… at their most basic… are lies.

Twitter marks tweets as “fact-checked… untrue” or something like that. Facebook marks a parody of Trump’s birtherism.. accusing Trump of being born an Arab… “fake news.” Of course it’s fake news, you idiots. IT’S A JOKE!

Maybe the chicken had a deeper motivation for crossing the street. Maybe it was existential insecurity. Maybe it was rooster sexual-harassment that forced the traffic-challenging change. Maybe getting to the other side had nothing to do with it.

My understanding of post-modernism is that it comes from the theory that there is no truth… or rather... that the truth varies depending on your point of view. What’s true about traffic cops for Miles Davis (If you didn’t know, he was stopped while driving his Lamborghini. The reason? The cop said, “You don’t fit the car.”) is different than what’s true about traffic cops for Mykel Board. (The reason? The cop asked, “You get your license at K-Mart?”)

It’s Schrodinger’s Cat… dead and alive at the same time… for EVERYTHING.

Post-modernism used to be the philosophy among most academics. Now, these the same people complain about “fake news.” Hey buckaroos, it’s ALL fake news.


We’ve entered an age of POST-post-moderninsm. We’ve entered a time where there are only FACTS… and those who don’t understand the facts. Sometimes this is called SCIENCE. Sometimes it’s called The Truth®


It seems like the world… or at least the United States… is filled with people who only accept their own views as THE TRUTH. Other people are idiots, hillbillies, socialists, capitalists, or whatever epithet fits. Worst though, are the questioners.

When I tell people I’m a “Trump agnostic,” I have to duck as the shit flung from the fan comes spinning at me like a tornado.


“How could you say that? The man is evil. You support his banning abortions and jailing little children at the border?”


“How can you say that? The man is the best thing since oral sex. You’re against his freeing of non-violent criminals, his lack of invasions of foreign countries, his fight for lower drug prices?”


There is no room to question when opposite sides think they have a monopoly on the truth.


As I write this, I realize I have a problem. (People have been telling me that for years.) I admire whistle-blowers… the Daniel Ellsbergs, the Chelsea/Bradley Mannings, the Julian Assanges, The Edward Snowdens.


I admire their bravery... their willingness to reveal what others want to hide... their dedication to the freedom to KNOW. Sometimes their activities are called “revealing the truth.”

I won’t call it that. Instead, I’ll call it: alternate realities... different stories… other possibilities.


I read complaints about “information overload”… but instead of suppression, we need education on how to decide among the alternatives.

The whistleblowers have shown that: One of the best ways to judge the “truth” (or ONE truth) of something is by how quickly people want to cover it up.


I have over 3000 “friends” on facebook. That’s true. What’s also true is that my “friends” are not necessarily my friends. Most of them I don’t know. Some that I know --and like– I have “unfriended” or have unfriended me, because of the poisonous nature of facebook communication. Those people are not poison. Facebook itself is poison.

I get bounced from Amazon for selling a copy of the King James Bible, autographed by the author. Twitter gives me bad marks for saying Joe Biden’s tax returns include a deduction for a charitable contribution to Pedophiles without Borders.


Humor is lost in the quest for the truth… No it isn’t.

It’s likely you’ll be reading this after the presidential elections. The election is America’s biggest joke of the millennium. A president who frees hundreds of non-violent criminals running against the author of 3-strikes and you’re out (jailed for life) law. Guess which one is the liberal?

I still have an interest in THE TRUTH, though. Not what the truth is, but if there is such a thing as truth at all. And… if there is… is it useful or irrelevant? Clearly, it hurts people’s feelings… and it’s an excuse for name-calling. Clearly science doesn’t have it... neither does politics or religion.

I think I’m going to be newly old fashioned and go back to post-modernism. Truth is what you make it… and how you look at it. And with that, I’m going to lie down and jerk off my 11-inch dick.

ENDNOTES: [You can contact me on facebook or by email at god@mykelboard.com. Through the post office: send those... er... private DVDs..or music or zines... or anything else (legal only!) to: Mykel Board, POB 137, New York, NY 10012-0003. If you like my writing, you can be notified when anything new is available. Send me an email with SUBSCRIBE in the subject line. Back blogs and columns are at https://mykelsblog.blogspot.com

→ It takes balls dept: The Washington Post reports that a hospital in Oklahoma admitted a severely bleeding patient. The 28-year-old victim said that two men had surgically removed his testicles in their remote cabin in the Oklahoma woods. One of those men said he was a “cannibal” who kept body parts in the refrigerator.

The next day, sheriff’s deputies found what appeared to be testicles in a bag in the freezer. The two men face felony charges of conspiracy to commit and performing unlicensed surgery.

The “victim” told investigators that he volunteered for the surgery after meeting the “doctor” on a website that advertised castrations. He consented to the operation.

And I thought the whole thing was about consent. Consent don’t mean shit these days. Ain’t it the truth?

→ Here’s the sweet poll dept: Trump will win the election. At least, that’s the lead he has in the Lochel’s Bakery’s viral cookie poll. The bakery, just outside of Philadelphia, lets shoppers buy either Trump or Biden decorated cookies, and the staff keeps track of each one they sell.

Six weeks ago, the bakery launched its poll. The results have been unexpected.

I say it may not be the political taste, but may have something to do with the fact that the Biden Cookies are completely stale.

→ Major campaign manager Dept: TV preacher Pat Robertson says that Donald Trump will win the election. How does he know? He got a direct message from God, saying that the election results are determined from above… WAAAY above.
Maybe it’s true. After all, his source is the same guy upstairs who brought us COVID-19… and more hurricanes than ever before… not to mention floods, and earthquakes. It MUST BE TRUE!

See you in hell,
MB