"Physical revulsion at sex with the wrong person was a learned and socially instituted response. More than that, it was an effective social management tool, since once internalized, it institutes the psychology of monogamy as a self-enforced system.” --Laura Kipnis


It's the mother of all beershits... a bowl-filling steaming pile of brownitude.. no --black... blacker than a Japanese businessman’s suit... blacker than an NFL player... blacker than your ex-wife's heart. A bubbling bowl of churning feces... neither solid nor liquid... with the gaseous aroma of a turned-on oven whose flame has gone out.

Everything is right with the world. I've turned inside out... emptied myself of doubt, fear, evil, the horror of day-to-day life. Ennui replaced by ecstasy. I walk on air from the toilet paper to the bedroom to the street below... where I say hello and blow a kiss to the ugliest girl I see.

My beer-shit high leaves me, and I crash down to the filthy streets of the city.

I leave the subway at Grand Central Station. As usual, a nest of tourists gathers at the exit... consulting their cellphone maps,.. turning this way and that to orient their Google to the simple streets of Manhattan.

A young white woman... judging from the width of her hips, probably not a New Yorker... squints with confusion at the tiny screen in front of her.

Her eyebrows raise in half anger and half terror.

FLASH TO THE NEWS: Harvey Weinstein, a rather unappealing-looking man is charged hither and yon with sexual harassment. Like a Bill Cosby redux, any vaginated creature who was ever in the same room with the guy... now claims she was harassed... violated... humiliated.

Even males who try to cast aside their penis privilege get their balls nailed to the table. Take Ben Affleck... please... Like most male feminists, Affleck clearly wants to get on the good side of women. It's called the urge to get laid. When the Weinstein affair is announced Affleck tweets:

I am saddened and angry that a man who I worked with used his position to intimidate, sexually harass, and manipulate many women over decades....

The tweet goes on to say how wonderful women are and how they need to have more power. blah, blah blah...

Does it work? Does Affleck suddenly have a harem of women begging him to taste their liberated juices? You bet your Anita Hill he doesn't. Instead, more harassees come out of the woodwork... like termites from a burning log. One of them accuses Affleck himself of “groping” her. What did he do?

“He touched my breast.”

I shit you not. He touched her breast!

I live in New York... Do you know how many breasts I touch on any given rush hour train? How many times my own manly nips are brushed? Breast-touching is as common as crossing the street against a red light... and just as offensive.

As I write this, Weinstein, a former Hollywood mogul, is in trouble because he used the casting couch to get laid. He's a big ugly bulldog of a man, but there are few reports of force or brutality. 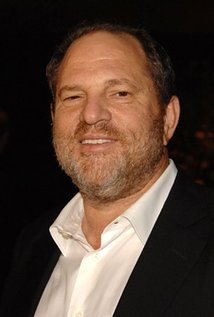 “Hey kid, you wanna be in pictures? Put those fat lips around this flesh cigar ticket to stardom?”


And why not? Is pay-to-play for Hollywood any worse than pay-to-play for the smuggling truck for that Mexican delivery boy? Is a multi-thousand-dollar-movie-contract-to-fame worse than immigrants sleeping 6 in a room for tips? Who do you think suffers more?

Work late with no pay? #metoo

Wake up early to wear clothes you hate to work 8-10 hours at something soul-destroying? #metoo

Grind your teeth at night because the boss criticized some minor infraction of a work rule? #metoo

What's the difference between all this exploitation and the victims of Harvey Weinstein? It's SEX! SEX! SEX! It comes back to Christianity... to the idea that sex is a SIN! Though most modern feminists are atheists... their morality is Protestant... Evangelical. Of all the horrible things people do to get a keep a job... of all the overwork, low/no pay, theft from the public, deceiving... involved in the American workplace... only SEX is the bad one.

Remember when sex was fun? Spontaneous? As politics-free as a good beershit? #metoo

FLASH TO THE SUBWAY: It's the 23rd Street stop. From my seat I see the doors open and an old woman... leaning on a walker... heading toward the train. She shuffles, pulling her right foot ahead and then bringing up the left... then pushing her right foot ahead once more. On her face is a grimace... the snarl of continual pain and frustration. Through that snarl, I can see a single tooth on her lower jaw.

She slowly approaches... The BONG BING of the closing door... I bolt... just make it... pry the doors apart so the woman and her walker can squeeze inside. She makes it... looks at me. I can read her thoughts. They say, I KNOW WHY YOU DID THAT! YOU WANT TO FUCK ME!

That's it. All social intercourse has become harassment! All contact between genders is for sex. I never thought I'd agree with Betsy DeVos, the woman who wants to destroy public education... but she said “If everything is harassment, then nothing is.” She's right.

Kidding, jokes, honest flirtation, courtship... all are dead in a world so sex-obsessed that words are RAPE. Is spin-the-bottle sexual harassment? Young men, just exploring their own sexuality... forced to face verbal castration or be accused in the #metoo-ism of harassment. Will heterosexual sex become as contractual as accepting a job offer: in writing-- or not at all.

(Side note: maybe the benefit of this mentality will be an increase in homosexuality.... Aaah... a small silver lining.)

In 2006, members of the Duke University lacrosse team were accused of gang-raping a student. The young men went through hell... were shunned... isolated by their friends... shamed by the media... found guilty in the press... held as examples of “rape culture” by puritanical feminists... They were not guilty.

In 2015, Rolling Stone magazine reported another gang rape. This time at the University of Virginia. A horrific first-person account of multiple forced penetration by multiple partners. It was a lie.

In 2017 the main rape victim in America is THE TRUTH. Along with other victims: humor, banter, and a sense of anything other than OUTRAGE. Sex is like politics... there's only US and THE BAD GUYS.

Do you only talk to strangers with the intention of getting sex from them? #meneither

If you have your choice between slinging fried eggs in a diner for the rest of your life or letting some ugly guy screw you once for a dream life... would you chose the diner? #meneither

If you found a world where people are afraid to touch one another... where every hug is harrassment... where every kiss is rape... Would you want to live in that world? #meneither

Do you find yourself feeling guilty because you looked at someone lustfully? Because you had sex when you were drunk? Because you didn't get a written contract before touching genitals? #meneither

Do you like living in a world where fame means every sexual peccadillo of past mishaps gets waved in your face-- and pulled out of your wallet? Where real and fake accusations... sometimes dozens of years old... are pulled out in legal blackmail? #meneither

The tweets have already started. It was too logical to pass up... there are dozens. But they seem to lack focus. Would you object to adding your own so we could have a real conversation? #meneither

==============
ENDNOTES: [You can contact me on facebook or by email at god@mykelboard.com. Through the post office: send those... er... private DVDs..or music or zines... or anything else (legal only!) to: Mykel Board, POB 137, New York, NY 10012-0003. If you like my writing, you can be notified when anything new is available. Subscribe to the MYKEL'S READERS Yahoo group readmboard-subscribe@yahoogroups.com]

-->Public admissions dept: Actually, I love my job (teaching English to Japanese people), and I'm rarely angry or annoyed with the boss. The #metoos in the piece above are based on the lives I see around me... not on my own. I don't have to wear a tie to work.

-->If that's not racist Dept: The Whitney Museum removed a painting based on the dead civil rights activist Emmit Till. Why? Because the artist was a white person. That makes it exploitation, don't you see?
As long as some races are allowed to speak (write, make art) and others are forbidden... there can ONLY be racism. As long as EVERYTHING is race... or sex... or gender... as long as basic principle of the right to a point of view is ignored... Society will be more racist, sexist, genderist... and less free.

-->If that's not censorship Dept: Students “affiliated” with Black Lives Matter shut down an ACLU a “free speech” discussion at the College of William and Mary. Why? Because the ACLU defends the right of all people to express their ideas. That includes Nazis, The Klan, and... Black Lives Matters. The ACLU speaker offered platform time to BLM, but they preferred to keep shouting so that the event had to stop. Someday, I hope, that's going to come around and bite them in the ass.

-->Nasal Harassment Dept: Chuck Shephard's great News of the Weird reports: Neven Ciganovic of Croatia was undergoing the latest in a series of plastic surgeries (this one a rhinoplasty) in Iran when he "reacted badly" to the general anesthesia and developed a painful, long-lasting erection, known as priapism. As he recovered in a Serbian hospital, Ciganovic was denied painkillers and was only relieved of the condition after another surgery, although he says it will be months before he is fully recovered. The tattoo-covered Ciganovic is hoping his latest nose operation will improve his looks enough to launch him to international stardom.
I say, looks? Who cares about looks? He could achieve stardom with his priapism! Pictures please!

-->This Just In Dept: Former President George HW Bush (the REALLY OLD ONE) has said he was sorry after actress Heather Lind accused him of sexually assaulting her during a TV show promotion in 2014. They guy was 91 years old in 2014... in a wheelchair... What kind of sexual assault? “He touched me... twice.” Okay Lind... what is it? Did my agent pay you to prove my point?

NOTE: If you're interested in my travel blog, you can read it at mykelsdiary.blogspot.com.

I have another blog of short interesting things at: http://mykelsclippings.blogspot.com.

And finally, my oldies from last century are slowly being scanned and uploaded to: http://mykelsoldies.blogspot.com/

I read that the search engines like lots of links... and it's also nice to support my friends and enemies in their blogs. So facebook me or email me if you have a blog, webpage or something else to connect to.