FLASH TO 1968: The Fugs release one of their greatest albums: It Crawled Into My Hand, Honest. On that album is a song called Johnny Pissoff Meets the Red Angel. I don’t really understand what it’s about, but I love the name. Johnny Pissoff! I can see him… dressed in black… wearing a fedora-- like Dick Tracy… walking into any room… just his personality making people clench their fists and want to get up and leave.

FLASH TO MARCH 2019: The facebook message comes from some guy named Gary. I never met him in person, and don’t know anything about him… except he likes NO FX, “but I never wear shorts.”

Hi Mykel, starts the message, your columns lately, I donno, they seem like retreads. I’ve been reading you since like 1942, so I guess I’ve got more on you than most. But what I want to know is what is it like being Mykel Board. I mean, what are your days like. What do you do in ordinary time, when people are just driving to work or walking down the street? These days, you just write about politics, but I can get that anywhere. Please, Mykel, be punk again.

FLASH TO JUNE 2019: My long-term pal and Jersey Beat editor, Jim Testa, is talking to me. Jim has become a regular at our salon at the Algonquin... with Dorothy Parker. Dorothy is quieter than she’s known for being. It might have something to do with being dead. The rest of us take up the slack.

Mykel, says Jim, your columns lately, I donno, they seem like retreads. I’ve been reading you since 1942, so I guess I’ve got more on you than most.

“Okay Jim,” I answer. “I’ve heard this before. What do you want? You want me to be punk again?”

Wow! An interesting pair of messages… and honest too. I guess I HAVE been just treading beer lately. So maybe I should chronicle a day or two in my life. Maybe that’d be punk enough for Gary…. and surprise Jim.

But allow me one paragraph of opinion.

OPINION: Fat asses never look good on guys. On gals, they’re unpleasant when they bulge from the sides, like a deformed peach. They work wonders when they protrude from the back, coming out 3-D like one of those Gambian koras-- an instrument that look as beautiful as it sounds. Those master-asses make you want to nestle your face between the folds, and dig your pink oral organ deep… forcing the sphincteral flesh to tighten around your eager tongue. 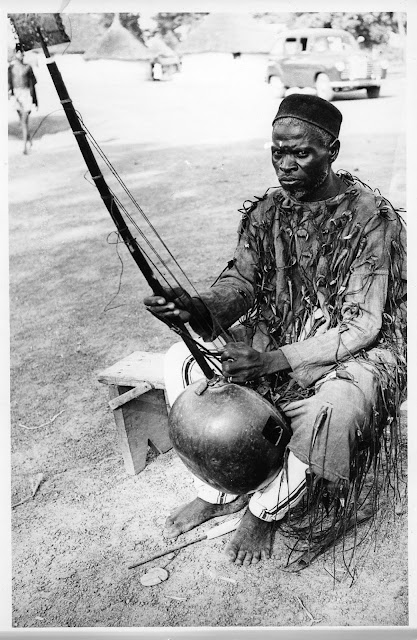 FLASH TO MOST ANY DAY ON A NYC SIDEWALK: The three young women walking slowly ahead of me all have the width-- not the depth.

The cliché is that it’s only the tourists who creep along NYC streets...the time-obsessed locals maneuvering behind them… trying to pass to get wherever the fuck they need to go.

That’s not true in 2019. It’s not only tourists. It’s every one with a fuckin’ cellphone who walks slowly on the NYC streets. And here are three of them… walking ass to ass… leaving no sidewalk space to get by.

I come up behind them.. breathing loudly… panting. It doesn’t help. Their ears are plugged white with some Apple doodad that frees them from the responsibility to watch where and how they’re going.

I rest my hands on the nearly touching shoulders of the two girls closest to the street. I press slightly… to separate them.

They turn towards me… simultaneous what the fuck expressions on their too-made-up faces.

“You left half an inch for someone to pass,” I say. “If you spread out just a bit more, you can have the sidewalk completely blocked.”

The three girls shirk back, as if I’d asked them to look at my penis.

On the subway now, I stand, having given my seat to some geezer even older than I am. It’s only a 20- minute ride anyway. I can read my H. L. Mencken standing up.

Time to get off the train.

The doors open. The crowd outside the steps forward. Two guys in particular, both young… jockish… wearing almost identical blue business suits… one with a navy tie with Greek letters… the other a black tie with small yellow polka dots…. push their way into the car before those of us leaving can leave.

WAIT! I shout at them.

They turn to look at me.

“Fuck you,” says the one with the Greek letters on his tie.

They’re the kind of macho muscled men that give both Wall Street and heterosexuality a bad name.

“Look,” I say, “Just because you can get married now, doesn’t mean you have the right to push people around.”

I watch his eyebrows come together until he figures out what I’m talking about. By then, I’m outta there.

FLASH AHEAD: The scene is K-Mart. I’m here to buy a cheap alarm clock. Mine broke when I was trying to set it while drunk., It slips from my hand… plunges from my sleeping loft to the hard wood floor below… smashes to plastic shards. I’m here to buy a new one. My self-imposed spending limit is $10.

A colored girl, in a red and white t-shirt is patting the blankets at the bottom of the escalator.

“Excuse me, Miss.” I say, “could you tell me where the clocks are?”

I wander the aisles looking for clocks. A guy in a suit… light grey with fine black lines through the material… bright white shirt... a black tie with LV and those kind of symbols all over it in brown. I didn’t take a picture of him, but I found a similar one on the internet: 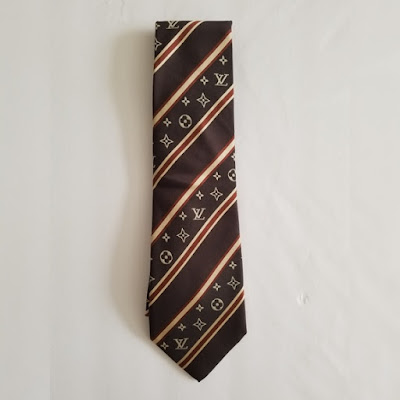 He’s in his early 20s with one of those haircuts that you see on posters for BUSINESS SOLUTIONS. carefully parted, trimmed-- like he gets a haircut every day… one lock precisely dripping on the forehead, saying I’m suave. He reminds me of a slightly more sophisticated version of those two guys who pushed past me on the subway.

No idea what he’s doing here. Maybe he wants to see how the 99% live. Maybe he’s just getting a snack for the train to Scarsdale.

I walk over to him and tap him on the shoulder. “Excuse me, Mister” I say. “Could you tell me where the clocks are?”

I wish I had a picture of the look of horror in his eyes. But it makes my day… certainly makes up for the faux pas with the red t-shirt girl-- at least in my Johnny Pissoff mind.

LUNCH TIME: Flash to SWEETGREEN… an awful vegetable-oriented (pleonasm?) restaurant. They billboard advertise all over the city with close-up pictures of teens with something green stuck between their teeth. I’m eating here because I feel I SHOULD. I don’t want to die from lack of lettuce.

I’ve got my salad ordered at the counter. Someone mixes a bunch of green stuff together and hands it to me. In order to make it half-palatable, I ask her to throw in some chicken. Maybe I mishear, but I could swear the salad makes a TSK TSK when I ask for the chicken.

I carry the bowl of salad from the counter to the cashier… who looks a lot like the woman I mistook for a K-Mart sales lady. She rings it up. “That’ll be $14.85,” she says.

“I’m sorry,” she says, looking not sorry at all, “we only accept Visa, Mastercard, or American Express.”

Sometimes, I wonder what it is that creates the need to piss people off. Of course, that’s what punk is all about, but punk didn’t create the need. It WAS CREATED by that need. As time passes and the facebook world makes is easier and easier to piss off and be pissed off… the world does not get any punker.

Of course, those of us who live in America live under the punkest president ever… but-- even then-- I’m still not sure I get the whole thing. I’d like to look at it up close. Examine piss-offedness under a microscope. What is it? What does it do? Are there different kinds of piss-offedness? Is there good piss-offedness and bad piss-offedness?

Ben Weasel, who is no slouch when it comes to pissing people off, once said that I don’t intentionally try to piss people off. It is simply the fact, says he, that I so strongly believe in what I do, that the inevitable result is people getting pissed off. Those aren’t his exact words, but the meaning is close enough.

I don’t try to piss off people… at least not people who are poor or those who have enough of the world against them already: cripples, the chronically depressed, those working shit jobs for shittier wages, the homeless. Sometimes, though, I can’t help it. That cashier in Sweetgreens was probably a minimum wage working poor. I wish there were a way I could piss off SWEETGREEN without pissing off the poor shlubs who work there. Let me know if you find one.


ENDNOTES: [You can contact me on facebook or by email to god@mykelboard.com. Through the post office: send those... er... private DVDs..or music or zines... or anything else (legal only!) to:

If you like my writing, you can be notified when anything new is available. Subscribe to the MYKEL'S READERS Yahoo group:
readmboard-subscribe@yahoogroups.com]

-→Shoot if you’re sad to be gay dept: Philippine President Duterte made a speech to Philippine expats in Japan. In that speech he said that he “used to be gay” but cured himself with the help of several beautiful women. After his marriage, Duterte said “I hate handsome men… and now prefer beautiful women.”

→Forty Days Dept: This Week magazine reports that the owners of a full-scale replica of Noah’s Ark are suing their insurance company for rain damage. The arc is connected with the notorious Kentucky “Creation Museum.” The owners claim they didn’t get enough money for the damage suffered by the arc from recent “heavy rains.” I have no comment-- except a smiley face-- on this one.

→Fact is funnier than fiction dept: Congressman Devin Nunes filed a $250 lawsuit against Twitter for making fun of him. The reason? A tweet said “the Nunes cow” was “udderly worthless and it’s past time to mooove him to prison.” In 2017, Nunez Nunes co-sponsored a law called the “Discouraging Frivolous Lawsuits Act.” It did not pass.

→ Pimp yourself dept: I’m rebuilding my LINK CONNECTION database. If you have a cool blog, or newsletter, or something else with a URL, let me know (even if you’ve already done so). You show me yours… you’ve already seen mine. If I like it, I’ll link to it and let you know. Then you link to mine and I’ll link to yours. It’ll give us both two extra points in the Google search engine. Send the link via email to god@mykelboard.com

See you in hell,
MB