"We had grown up believing white to be the color of all the important things , like ice cream, aspirin, ribbon, the moon, the stars.” – Lloyd Jones

I'm happier than a young feminist firing an old Jew. Let's Talk About Race... the new fashionable topic... right up my alley... I talk about it often, but it never gets the attention it deserves.

Race's kissin' cousin IMMIGRATION is getting a lot of cyber ink lately, especially thanks to Donny Trump. I'm gonna talk about that too.

The SCENE: You have a medium-priced apartment in a low rent part of the city. Yeah, it's far from downtown, but it'll do. There's a bodega down the block... beer and chicharones. There's a bar on the corner where they know you by name and pour out that pint of Yuengling when you walk in the door. It's a place you can live.

A truck pulls up to the next building... a moving van. You lean out your window to check on the action. Behind the van is a big black SUV. A Negress, hair done up in a bright-colored headscarf-- wearing a matching dress-- slides heavily out of the passenger seat. She opens the back door. Four screaming little black kids-- two of each gender-- pile out onto the street. A very proper-looking colored gentleman is the last to leave the car... from the driver's seat. Wearing a black suit, with a stiff white shirt and tie, he puts his hands on his hips and bends back to look at the building.

When colored people (or Mexicans) move into a neighborhood, what do people think? "FUCK, it won't be long before I can't live here anymore? It'll be too expensive. All the shops I know... my friends... NOBODY will be able to stay. Rents will go up like penises at a strip club. Food will go up. I'll be forced out."

I don't think so. That's not gonna happen.

But let some white bearded guy, with too skinny jeans and a topknot, move in and... it's the end! Next come the organic bakery, the hipster hat shop, and STARBUCKS! Let's get this clear. White people make neighborhoods unlivable. There, I said it.

Little known fact: except for Godfather's Pizza (and I'm not sure if that qualifies), every fast-food chain in America has been started by and presided over by a whiteguy. But walk into one of those restaurants and see who is actually doing the work. It sure ain't white guys. The ones MAKING, SELLING, CLEANING UP, are not white! White people don't work. They sit there and OWN... that's it. White people wouldn't know how to work if you paid them... and you do!

White-guy supreme, Rudy Giuliani, brags about REDUCING CRIME in New York during his regime. He brags that the city has become safer because of his war on Negroes.

Let's get this straight: GUILIANI did NOT reduce crime in New York. He reduced crime STATISTICS. While he was gathering up homeless people and shipping them off to Camden or Newark, there were a bunch of white guys at Citibank and Chase, committing crime after crime. They were stealing from bank customers, defrauding homeowners, MAKING people homeless. Eventually the feds stepped in and made the banks pay billions in fines. Unlike the single-joint marijuana smoker under Mayor G... none of the white people went to jail. Jail isn't for white people.

Clearly more people were hurt by the banking crimes of (mostly) white guys, than by any Negro stealing a hubcap in the South Bronx. But for Mayor G... That ain't a crime.

Want to limit crime? Then make some laws. It's not Broken Windows that are the problem, but Louvered French Windows. My proposal for the first new law under President Sanders: Establish a MAXIMUM PERSONAL WEALTH. If you have ten billion dollars, you don't need ELEVEN billion dollars. Come on white guys... give it up.

The rich are destroying America. They make prices go up, buy up real estate, force people out of their homes. Wealth creates poverty. If you have money, go away... leave... NOW! Move to Russia. I don't care, but don't buy up The United States. Live in Beverly Hills if you want, just don't move to my neighborhood.

As long are there are rich people, crime will not end in America.

What about immigration? It's related to race because every immigrant to the US belongs to some race or other. I say Donny Trump has the right idea: A WALL. I wish! But we can't build a wall where it really belongs... in the North Atlantic. We need a flotilla! 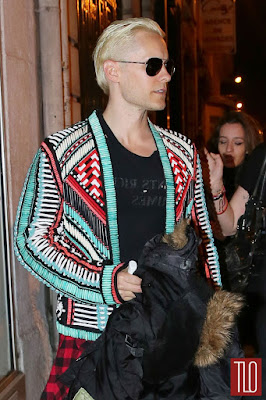 In 2010 there were almost 5 million European immigrants in the US... enough to populate every hipster hair salon in New York... for a year! These were only the official ones... the ones in the records. Millions more came on tourist visas... and... er... forgot to leave. And the legal ones? Many of them work in “higher-skilled occupations.” (This from immigrationpolicy.org.)

You know what that means? NON-WORK. They diddle away at banks and IT companies, getting incredible salaries for making ONES and ZEROS... pushing numbers from one computer to another... doing NOTHING that will make your life-- or the life of anyone you know-- better.

How do so many Europeans enter the US? EASY! All they have to do is register on-line, show a passport and POW! They're in. Do we stop the ones ready to drop puppies? Anchor babies for French or Germans or Brits? You bet we don't. They'll be Americans... little European-Americans ready to make space to bring their parents and who knows what other Daddy Warbucks over here.

Let's make this clear. I have nothing against immigrants... if they qualify as REAL IMMIGRANTS. What does it take to qualify? The answer is built right into the statue of liberty, composed by Jewess, Emma Lazarus:

Give me your tired, your poor,
Your huddled masses yearning to breathe free,
The wretched refuse of your teeming shore.
Send these, the homeless, tempest-tost to me

That doesn't mean investors, property owners, millionaires, bankers. Huddled masses are not bearded IT execs. Wretched refuse doesn't refer to insurance actuaries, or suits with a summer villa in The Hamptons. Poor! Get it? Homeless! Understand? Take your bankroll and spend it elsewhere. Please!

If I were President Trump, I'd add a few more requirements to the ones listed on Ms. Liberty. (Not many-- I think the lady got it mostly right.)

Extra Requirement One: Immigrants must have REAL JOB SKILLS: carpentry, roadwork, restaurant bussing. Things involving people, tangible things, services everybody can use. "Creating a lunch-break scheduling app" is NOT a REAL JOB SKILL.

Extra Requirement Two: Immigrants must speak Spanish. MOST of the Western Hemisphere speaks Spanish. People spoke Spanish in America before they spoke English. Europe is a hodgepodge of languages. Walk ten miles and people speak something else. For the sake of a unified hemisphere, EVERYONE should be able to speak Spanish. At least we can make sure our NEW AMERICANS can do that.

Look, I don't want to blame Europeans for the accident of their birth. They can't help it. And if they want to visit the US, I have no problem with that... though I'd insert a microchip under the skin to make sure they don't overstay their welcome.

In Montana, we could make a EUROTOWN. Move all those $700 a night hotels, those ridiculous Fendi and Coach shops... those $300 a dinner hoity-toidy restaurants hosted by celebrity chefs from the Food Network... Put 'em there. Europeans-only hotels, where for $700 a night, the white travelers could have a bed, a bathroom, and a souvenir bar of Ivory Soap at their jacuzzi.

Meanwhile, in real cities, we take back real estate for bodegas and taquerias. Open a bikini bar or punkrock club. Have a thrift shop. Make the city a place to live again.

Yeah, buckaroos, let's talk about race and immigration. There's a lot that needs to be said.


ENDNOTES: [You can contact me by email at god@mykelboard.com. Through the post office: send those... er... private DVDs..or music or zines... or anything else (legal only!) to: Mykel Board, POB 137, New York, NY 10012-0003. If you like my writing, you can be notified when anything new is available by subscribing to the MYKEL'S READERS Yahoo group readmboard-subscribe@yahoogroups.com]

-->Tarred prayers dept: Mayor Tony Tarber of Jackson Mississippi has a solution to the city's pothole problem. With repair estimates at $743 million, Mayor Tarber offers a cheaper solution.
"Yes, I believe we can pray potholes away," he tweeted. "Moses prayed, and a sea opened."

–> What's in a label dept: This from Utne Reader:
There are over 300 different eco-labels on packaging. Those that rank with "virtually meaningless" include HYPOALLERGENIC; the word is a creation of cosmetics advertisers in the 1950s.
FRAGRANCE FREE merely indicates that a product doesn't have a conspicuous scent, substances that cover up or neutralize odors can still be present.
A product labeled NON-TOXIC "won't kill your kids if they ingest it, but still might contain chemicals that can cause serious health problems.
More: BIODEGRADABLE has no enforcement nor clear definition. The manufacturer is free to decide what exactly NO ADDITIVES means.HORMONE FREE has no legal standing and can be used on beef even if it contains hormones such as testosterone. NATURAL, CRUELTY FREE and FREE RANGE, all have no legal meaning and can be applied at the manufacturers' discretion.
The label CORPORATE SCUM, while usually not found on packaged goods, has, on the other hand, a clearly defined and identifiable meaning.

-->Long overdue dept: Sid Yiddish reminded me that I should thank my friends at PORK magazine in Portland for printing some of my columns. They're quarterly, so they can only do one out of four... but THAT'S a big help. Thanks guys. It takes balls.

-->Keeping the Pressure on Dept: And on the side of the ball-less... take Maximum Rock'n'Roll... please!
I want to thank reader George Metesky for suggesting a continuing Bring Back Mykel effort directed at Maximum Rock'n'Roll for censoring me. Send your comments to mrr@maximumrocknroll.com (or post on their facebook page) with the subject line: BRING BACK MYKEL! Let me know how they answer.

-->Happy 5776 dept: I had a nice Rosh Hashanah dinner with friends, including Mr. & Mrs. George Tabb. George is another veteran writer recently canned from MRR.
“Every columnist there now is a transsexual feminist,” he told me.
“What about Lefty Hooligan?” I asked. “You know, the old guy-- a goy-- willing to sell his father to keep his column.”
“It's Leftisha Hooligan, now,” he answers. “Didn't you know?”