Mykel's
Post MRR Column no. 50
or
Smoking Can Save The World 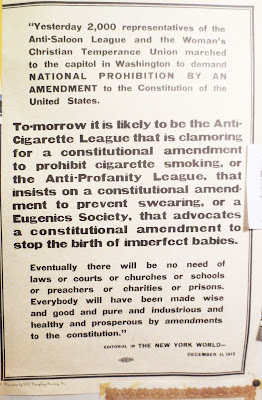 I write this a week before Rosh Hashana, the Jewish New Year. Ten days after the New Year is Yom Kippur, The Day of Atonement. That's the holiest day in the Jewish calendar... a 24-hour fast (no food OR liquid), Hardcore Jews spend 18 of the 24 hours confessing their sins, beating their breasts, making a clean slate.

Me? I keep the fast and spend about 4 hours in breast-beating.

During the holiday, the Rabbi reads the story of the ancient temple, where-- every year-- Aaron brought two goats... male goats. Aaron shall take the two he-goats and let them stand before the LORD at the entrance of the Tent of Meeting; and he shall place lots upon the two goats, one marked for the LORD and the other marked for Azazel. Aaron shall bring forward the goat designated by lot for the LORD, which he is to offer as a sin offering; while the goat designated by lot for Azazel shall be left standing alive before the LORD, to make expiation with it and to send it off to the wilderness for Azazel

He shall then slaughter the people’s goat of sin offering, bring its blood behind the curtain, and do with its blood as he has done with the blood of the bull: he shall sprinkle it over the cover and in front of the cover. Thus he shall purge the Shrine of the uncleanness and transgression of the Israelites, whatever their sins; and he shall do the same for the Tent of Meeting, which abides with them in the midst of their uncleanness.

Aaron shall lay both his hands upon the head of the live goat and confess over it all the iniquities and transgressions of the Israelites, whatever their sins, putting them on the head of the goat; and it shall be sent off to the wilderness through a designated man. Thus the goat shall carry on it all their iniquities to an inaccessible region; and the goat shall be set free in the wilderness.

I've left out the stuff about sacrificing a bull and doing all kinds of nasty stuff with the blood and fat... The rabbi reads all this in Hebrew. Most of the congregation is left less disgusted than they'd be in English. But you get the idea... It's a scape goat... carrying the sins of the Jews off into the wilderness.
Keep that thought in the folds of your codpiece and we'll

FLASH TO THE MODERN WORLD
China's industrial cities are so polluted that Black Lung Disease is as common as the measles. According to the American Lung Association: In the U.S., Houston comes in at 16th for year-round air pollution tournament. It also ranks 12th out 228 cities for ozone levels.

The report also says, while Oregon has a “green” image, the Medford-Grants Pass area ranked among the highest for pollution.

Vassalia California wins as the Most Polluted City in America. Their local paper says: the heavy volume of truck and car traffic on Highway 99 and Interstate 5 is spewing massive amounts of noxious fumes and dangerously small particles of smoke.

The world is sick. People die from breathing the air, drinking the water, eating fish that beathe and drink an oceanful of plastic. It's not getting any better.

Dealing with pollution caused by industrial fertilizers, plastic, energy plants and gasoline? Business suffers. If we cut down, workers can't use their filth-spewing cars to get to work in the factories whose effluvia gives cancer to their kids-- in order to make products that no one needs. We'd better take care or people will demand FEWER goods. What will happen if there's NO DEMAND... if people want LESS? The business world could collapse! It would be the end of capitalism.

FLASH TO NYC: 1972 United Nations... basement conference room. It's an “informal” meeting of the G8... before Russia got kicked out for being too punk.

Citizens are beginning to get pissed off at how their lives are getting worse... at how they're dying younger... at how they can't get rid of their chronic coughs... how their kids have asthma before they're old enough to jerk off.

At the G8 meeting they speak English. It's the only language the Americans understand.

The speaker is Hollis Chenery, famed American economist... expert on international development... and brother of the jockey superstar who ran Secretariat into world racing renown. He's the kind of guy whose ears wiggle when he smiles. He's not smiling now.

He speaks... pacing back and forth across the plush UN carpeting.

“We're here for development,” he says. “We want to build the world's economies. We want to import... to export... to produce.”
He stops and clears his throat.

“A big part of that development is energy,” he continues. “We need energy to produce, to distribute, to consume. We need energy to MAKE energy. But we have a problem...”
The representative from the UK... a fat cigar smoking man... takes the cigar from between his lips and gestures with it... flicking some ash onto the floor.

“We're here for economics,” he says, “not to talk about your stupid fucking war.”

Chenery stops in his tracks, spins and faces the fat man.

The fat man turns slightly red under the glare from the others in the room.

“The problem is that people are getting sick... and they're blaming DEVELOPMENT,” Chenery continues. “If we don't watch out they're going to call for an end to growth.”

A sexy middle aged woman, the representative from France, raises her hand like a school child.

Chenery gestures to her. “Ms Gueulevelue, do you have something to say?”

“Oui.” she says. “I mean yes. What if we make people believe they're responsible for their own disease? Or the disease of their neighbors? Why not choose one industry... make it a scapegoat... and connect it to an INDIVIDUAL'S behavior? That will let the developed world be free... to... to develop.”

Chenery rolls his eyes heavenward... as men often do when an attractive woman makes a suggestion.

“And you think people will just turn from business, and start blaming themselves?” He asks. “What could we possibly use to make people think they are making THEMSELVES sick instead of our global network making them sick?”

You can guess the rest. Of course, the solution was TOBACCO! An herb used medicinally by the American Indians. A cultivated weed with a longer history than the wheel... a scapegoat.

H. L. Menken said, “No one ever went broke underestimating the intelligence of the American public.”

But he was too narrow. It's not just the American public... It's the WORLD public.
We tell people that if they get sick... it's THEIR OWN FAULT. We focus on stopping people from smoking. Make it more difficult to smoke. Claim smoking causes all the problems. Send the tobacco companies to Azazel.

What happens if you get sick and you don't smoke? EASY ANSWER. Your neighbor smokes... someone in your building smokes. Your parents smoked before you were born and the smoking curse entered your blood in the womb.

FLASH TO THE FUTURE:

Washington Square Park: May 1, 2020. It's the SMEC (Smoking Makes Everything Clear) smoke-in. Marijuana has been legal for the past two years, but tobacco is prohibited everywhere except one doorway... on 167 Street and Amsterdam Avenue.

SMEC has organized this protest... the first of what they hope will be a yearly event. They wear t-shirts with a cartoon of a goat smoking a cigarette. The caption: Don't Let Corporatism Scapegoat Tobacco. 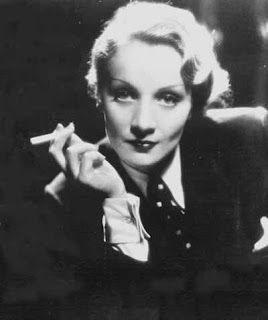 The police wait warily on the sidelines. What's left of the press... CNN and Fox News... sit on the grass... cross legged... The other participants sit around them. They all look at the stage... faces aglow... like churchmen watching an evangelist.

This priest is Rökning Ändtarmen. She looks and dresses like the smoking goddesses of the 1930s and 40. She's got a husky smoker's voice with an unidentifiable touch of a foreign accent.

“Thank you all for coming,” she says, taking a puff on her American Spirit. “We are here today to tell that world that we won't take blame... this stick of fire won't take the blame...” She gestures with the cigarette, “for the air, the lungs, the health of our citizens.”

“We are here to smoke together... illegally... in solidarity... to show the world... and the corporatocracy... that we know what they are doing.”

“Can't you just quit smoking and be against that stuff too?” shouts Cub Blitzer. the son of a retired CNN reporter, now a correspondent on his own.

Rökning laughs... a deep throaty laugh. “Sure Mr TV news. That's worked so well during the past half century.”

“No one notices... no one cares,” explains Rökning. “They believe the problem is TOO BIG for them to manage. AND they have another focus... something they... as individuals can police... smoking! The war against cigarettes is a smokescreen. It hides a much bigger war that needs to be fought. We're here to tell them WE CAN SEE THROUGH THAT SMOKESCREEN!”

“We smoke because we know... We smoke because our protest gets noticed... gets reported... gets support... We smoke because we're saying it's not OUR individual behavior that is society's cancer. It is THEIR behavior. THEIR thirst for profit over all else. THEIR support from Wall Street, the banks, industry... that is the cancer!” she takes a deep puff from her cigarette and sexily lets the smoke out through her nose.

“We smoke to say, WE WILL NOT BE FOOLED.”

FLASH TO May 1, 2025, Five states have legalized recreational use of tobacco... anywhere. NOT coincidentally, that is the first year that electric cars out-number gasoline cars... and the war continues.

-->Note: The poster at the start of this blog/column hangs in my apartment I bought it at a brewery. THEY know what the story is.

--> Full disclosure dept: Hollis Chenery is a real person... and he was very involved in the Development section of the World Bank. The meeting described here is, however, a complete fabrication... I think.
Also, the Mencken underestimating quote is often quoted, but there is considerable debate as to its veracity.

-->My kind of elderly dept: A 73-year-old Daytona Beach man was banned from local beaches after he was caught handing out business cards that said Sugardaddy seeking his sugarbaby.
Richard G. Basaraba was approached by cops after a mother of a 16-year-old girl complained to officers that her daughter had received one of the cards. The card shows a young woman wearing shorts and high heels sitting on the lap of a man dressed in a business suit. The man’s right hand is on the woman’s thigh.
The mother also complained that Basaraba showed her daughter bra padding from a bathing suit and told her that he was looking for someone to fill it. Basaraba told the girl she would be “perfect” and to contact him when she turned 18.