“Change the questions you ask and the way you view the issue will be transformed.” - Isaac Yu,

Being in possession of all the answers holds no appeal at all, but owning a good pocketful of unanswered questions is, to me, like bread to the starving. --Cathy Johnson

A big man in a soldier’s uniform stands over me with a bucket. I’m guessing it’s filthy water. I’m guessing right. He pours it into my open mouth. I’m drowning… coughing… spitting up… water down my throat… into my lungs… dripping down the sides of my face. As I cough… some of the water goes up through my nose… forcing booger-laced snot out onto my face… into my eyes.

“Now,” says the man, “let’s try this again. Where is the next terrorist strike against US forces?”

“How... should... I... know?” I sputter between coughs, tears and frantic efforts to breathe through the water in my lungs.

“You are Milad Borazjan,” he says. “You are from Teheran and work to plan terrorist activities.”

I cough… spit up some more water… “I’m Mykel Board,” I say. “I’m from New York and I teach English to Japanese businessmen.”

My interrogator frowns. “Why didn’t you tell us this before?” He asks.

FLASH TO NEW YORK… November. I sit barefoot… in my underwear… a formerly plush green robe hangs loosely over my naked body. I  try to think of a way to introduce this blog about asking the wrong questions. Maybe I’ll put myself in the US torture center in Guantanamo… an inquisitor asks me about terrorist activities, rather than asking who I am.

I get this mail from Common Cause, asking for money to help support a constitutional amendment to end Citizens United. That’s the Supreme Court decision that allows corporations to contribute unlimited funds to political candidates.

“Wouldn’t we be better off,” they ask, “if we could get the huge amounts of corporate funds out of politics. Wouldn’t that help make elections fairer?”

Here are the top 15 richest people in America: 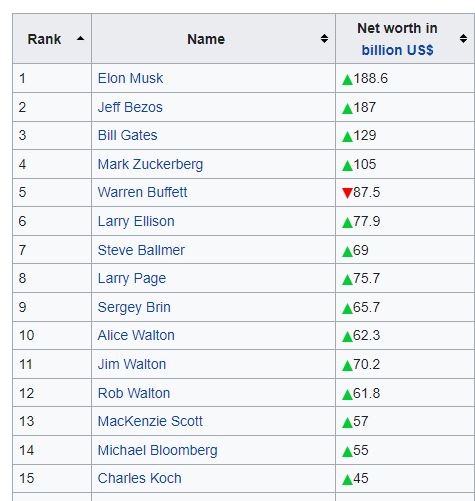 Any one of them is richer than 90% of US corporations… unless they run those corporations. The right question isn’t whether or not we should permit corporate money in politics… but whether or not we should permit ANY money… especially private money… in politics.
Should we again have Fairness Doctrine TV laws? Should we ban all paid political advertising? Those are the right questions.
Hold on! There was a snap… PiKoop! Klip! A shake... then silence. I recognize the sound, though my punkrock damaged hearing won’t tell me if it’s from under the dresser to my right or from the kitchen behind me. I check the dresser… First try! Yeah!