It’s hard to believe… I can’t believe it myself… but I type this at a tiny table in Mumbai, India… inside a… I can hardly type this… inside a… this is pain! Inside a Starbucks!

I hate the coffee. I hate the company. I hate the atmosphere… the customers. But it’s 97o outside. I’ve been sitting... standing... walking... in the sun since 10:30AM… it’s now 2:11PM. I asked Google for the nearest coffee shop with AC and it gave me three or four within a couple miles… none of which responded to a tap of the DIRECTIONS button. The only name I could remember was STARBUCKS… so I plugged it into Google Maps and voila! Here I am… guilty and unpleasant for being here. But here just the same.

Starbucks prices in India are the same as in New York. 200+ rupees for an Ice Coffee Medium… I refuse to say Grande or Tall or whatever the fuck they call it. 200 rupees is about $3... big money for the local snake charmers. The baristas served it to me In a cup with my name... “Michle...” written on the outside.

There are mostly brown-skinned people here, but enough palefaces to make me feel totally creeped out. Few things can be as horrible as drinking coffee at a Starbucks in an Asian country where other white people also sit and drink. It’s embarassing... like a fart in an elevator.

I’ve been in India almost 2 weeks now. Except for the weather, lack of toilets, and spotty internet, it’s been pretty good to me. (You can read my adventures at: https://mykelsdiary.blogspot.com.) One of the reasons I came to the country is I love Indian food in New York and I want to see how the real thing compares. I won’t find the answer in Starbucks.

Also, I know Indian food, but I don’t know Indian punkrock. I’ve been waiting 40 years for an Indian band The Vindalosers to show up at CBGBs. It’s not gonna happen, I fear… for two reasons.

1. CBGBs is gone…. at least the punk rock club by that name is gone.

2. As far as I know (or any of my punk pals in India know) there never was an Indian band called The Vindalosers.

It’s yours for the taking. Feel free to appropriate it and use it as you like. You don’t even have to give me credit…. And that is what I want to talk about this month…

FLASH TO a long shot of a dusty prairie... roaming cattle… a single dilapidated building… maybe a bar. Johnny Cash sings off camera as a lone horse and cowboy enter from screen left… galloping across... a dustcloud forming alongside… then fading behind them.

Slowly pan in… follow the horse over the plains closing in behind… until we have a view of the tail and… from behind… a man in bluejeans, flannel shirt… and cowboy hat… sitting on the horse… The dust kicked up behind the animal slowly fades… hoofbeats change from galloping thuds to clop... clop... clop.

Pan out again. The horse is on a street… some suburban town… a middle class American town… white fences… rose gardens… suburban houses with a few faded, tattered, Hillary Clinton for President signs stuck in a few well-mowed front lawns.

As our cowboy rides down the street, two people come running from one of the houses. They wear black hoodies with a black scarves… burqa-like.… covering their faces. They shout at the passing cowboy. We hear the shouts over the hoofbeats.

“Fuck you! You fascist pig!”

“You think you’re a cowboy! You mock the Native American killers? You’re fetishizing the old west… The genocide of native people. You’re appropriating their culture and turning it against them!”

The pair picks up some rocks… some garbage… some things to throw… and throw they do…. the horse and rider gallop off toward a shopping mall.

“You’re culturally appropriating!” They scream…. and that brings me directly to the topic.

There are two types of appropriation in the cultural sense. One is like the flu. If someone gets the flu from you… you still have it. The amount of flu is not fixed, but can be passed from waitress to bank president… with neither losing it as they give it away. This kind of appropriation takes from other cultures-- or takes from other languages-- but doesn’t TAKE IT AWAY.

When Burger King offered its “breakfast bagel” in New York, customers had their choice of ham, bacon or sausage. The chain appropriated a quintessentially Jewish food and made it as goy as you can get. In New York people objected… complained. Well, of course.

The offer didn’t last long in New York. But I hear it continues today in the South. I still have my bagels with lox and a shmear. Burger King did not take that away from me.

FLASH TO SCHOOL (I teach English to Japanese students) Ari shows up with a single thin chain around her neck. Dangling from the chain is a small rhinestone-studded cross.

“Your necklace,” I say, pointing to the cross.

“Oh that,” she says, laughing, “I’m not Christian. I just like the design.” 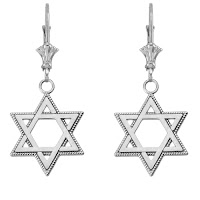 My pal Sara told me she saw a Japanese student wearing Mogen David star earrings. She asked what synagogue she went to.

The answer, of course, was “What’s a synagogue?”

My mogen-david Matzoh cover loses nothing because of her earrings.

Happily, this year I was in India for that horrible holiday. Few people celebrate it here. Next to Christmas and the related Santacon… Halloween is my least favorite holiday. It’s gotten worse… more restrictive… because of charges of Cultural Appropriation.

I’m a Navajo, not your Halloween costume.

Pagans are not witches.

The X-men of cultural purity don’t get that if I wear a loin cloth and feathers, it does not damage Chief Waterwiggle’s ability to sit down with his tribe of REAL Indians and smoke a peacepipe any more than Burger King’s bagels damaged my ability to enjoy lox and cream cheese.

In Oregon, two women who traveled extensively in Mexico… discovered a special way of making tacos… one never seen in the U.S. They learn the recipe and cooking method from the locals, They open a restaurant based on their culinary discovery. What happens?

I’ll try to put it another way, Culture is not a car. If I steal your car, you don’t have it anymore… It’s not there for your use. If I copy your burrito, you can still make another using the same recipe.

But there IS a kind of appropriation similar to car stealing.

When homosexuals became Gay sometime in the 1970s, “Gay” still carried the meaning of happy, carefree, light-hearted. I never liked the term as a sexual one. And most of the homos I knew (and most that I know now) are as far from being GAY (in the original meaning) as a crowbar is from being a crow.

“Look at that guy, I wonder if he’s gay.” only has one meaning now… no matter how happy and carefree he is. The word is lost… stolen… taken away. And probably will never be returned. In 2018, you cannot have a gay old time without exchanging bodily fluids.

Then there’s anti-semite. A Semite is a person of Middle Eastern origin. Hebrew, Arabic and Aramaic (the language of Jesus… if you believe) are Semitic languages. Moroccans are Semites. Tunisians are Semites. Sephardic Jews are Semites. My Ukrainian grandfather was NOT a Semite.

But what happened? Somehow anti-Semitic came to mean anti-Jewish. All those other Semites were pushed aside. Jews-- whether Semitic or not-- took over the word and pushed aside its original meaning. In 2018 Palestinians can be “anti-Semitic,” and Jewish advocates for the Palestinian holocaust… well they’re just… er… something else.

FLASH TO NOW: I continue this blog in Delhi Airport… terminal 3. My flight for New York is set to leave in 13 hours. I can’t find an electrical socket, so my only choice is to write until the battery conks out. Around me are Indian-looking guys with tags around their necks. I guess they work at the airport. Across from me, a business-suited guy fiddles with his iPhone, stopping once or twice to adjust his black turban.

I clear my throat, trying to avoid the hacking cough that comes from 2 weeks in the most air-polluted section of the most air-polluted city in India… and I was staying with a chain smoker. My weak lung (the left one) wheezes on the inhale… coughs on the exhale. So much can happen between one paragraph and the next. Watch this:

Bang! I’ve returned to New York for a few days, then left by bus for a visit to relatives in South Carolina, I am now seated next to the bus toilet... the stink roughing up my still-frail lung…I chain suck one Fisherman’s Friend after the other. Any break makes a coughing fit loud enough to wake the neighbors.

This bus feels like India. I’m the only white guy… the way I like it. I know I’ll be jinxing it to write this… but although I’m overwhelmed with the smell of piss… there are no screaming babies.

I love the U.S. Southeast… except for the politics. The weather is usually nice. People are friendly. Best barbecue in America. Maybe I’ll stop in to Burger King for ham and cheese… on a bagel.

-→INKED Dept: If you need another reason (other than the risk of God’s wrath) NOT to get a tattoo, the Electronic Frontier Foundation reports that agencies of the US government are working on a tattoo database. It both matches tattoos with the wearer and tries to figure out the political and ideological positions of various tattoo holders. Originally they used images from police files only, but have recently branched out to include Flickr… and, I bet, that’s only the beginning. Watch that Instagram of your latest. The FBI is watching it right now. 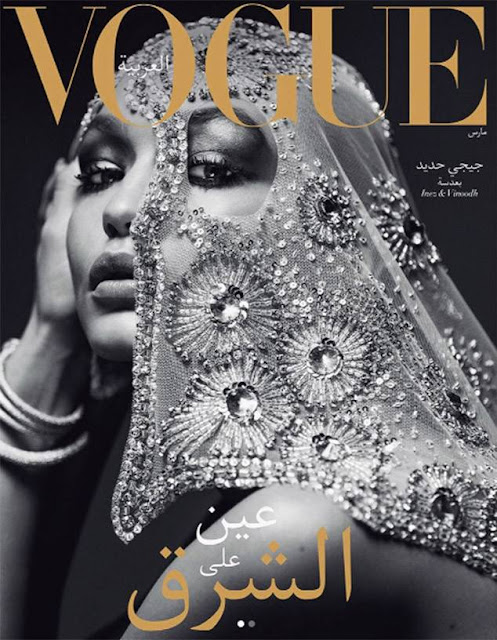 Cultural Appropriation by People in That Culture dept: People Magazine, of all places, reports that model superstar Gigi Hadid (mother: Dutch, father: Palestinian) has been criticized for wearing a hajib in her picture on the debut cover of Vogue Arabia. Her critics say she has culturally appropriated the traditional Muslim scarf. Of course, since she is ½ Palestinian-- and a Muslim… it’s HER tradition! -- Maybe she should have worn have a burqa.

CONTACT REDUX: You can contact me on facebook or by email atgod@mykelboard.com. Through the post office: send those... er... private DVDs..or music or zines... or anything else (legal only!) to: Mykel Board, POB 137, New York, NY 10012-0003. If you like my writing, you can be notified when anything new is available. Subscribe to the MYKEL'S READERS Yahoo group readmboard-subscribe@yahoogroups.com.
at December 02, 2018 No comments: