Do not write to be liked. Write to be remembered.

People ask me to predict the future, when all I want to do is prevent it.

I sit at the desk against the side wall in my apartment. I stand up. I feel like I haven’t slept in days. I walk from one room to the other, forgetting why I’m walking… what I wanted… what I was doing before I came into this room. I walk into another room. The same thing happens. My apartment has 1 room.

I suffer itch attacks… as if there were an insect flying around, biting at random… my forehead, my ankle, my left testicle… places where an insect cannot bite… unless there’s a crew of them… invisible to my (cabin) fever-addled brain.

It’s December 19th. Yesterday was the last day of Chanukah. By the time this is posted, it’ll be 2021. A million virtual people will toast their virtual champagne in virtual Times Square. By the time you read this, Donald Trump will have unsuccessfully proved that the election was stolen and his waterbed illegally removed from the Whitehouse.

The side effects of the COVID vaccine will be obvious to everyone ordering extra masks for the second head now growing from their shoulders. That head, is not immune to the plague. It will need a vaccine of its own. It is not yet known if that head will grow yet another head needing another vaccine.

The anti-Trumpers, who, until now, refused to give the guy credit for his Operation Warp Speed logistic miracle, now do not refrain from giving him blame on moving too fast as the vaccine-created mutant numbers rise daily.

I chuckle at the developments.

FLASH TO NOW… WHAT PASSES FOR REALITY: I’ve got a wedding in South Carolina in January…. currently a hotbed of new cases. My genealogist tells me it’s my first cousin once removed who’s getting hitched. It’s not a real wedding. It’s a reenactment of a virtual wedding that took place over the internet. I expect they don’t want virtual gifts at this one. 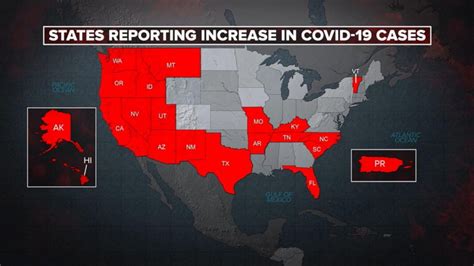 In June, I’ve got another wedding… in Pennsylvania... this one a niece. It too, is a reenactment.

Then in the fall, go to Kenya… my first trip to East Africa. I need to get away soooo bad! Far away.

FLASHBACK TO THE FUTURE: Within the first few months of 2021, scientists will discover that the side effects of the COVID vaccines are contagious. That means we’ll have people masked and socially distant… fearing an extra head… And what if that head refuses a mask?

New York’s Governor will call for a massive lockdown. Apartment doors will be welded shut... Windows nailed. Anyone on the street will be shot with Lysol-coated bullets. Parks will be converted into crematoria. At night, the sky will glow red from the human bonfires. The air will smell like a gigantic pork roast.

As Bill Clinton famously said, I did not have sex with that young woman… whoops, wrong quote. How ‘bout, It’s the economy, stupid?

FLASH FORWARD A COUPLE YEARS: President Harris needs a way to get the national ass in gear. Get those factories making bullets or lasers or whatever else they make in 2021. Get those drones flying KABOOM! KABOOM! COVID may be over, but she has a depression on her hands.


Flash to her history lesson:

Sept 11, 2001. Two planes piloted by Saudis fly into a couple tall buildings in New York City... KABOOM! KABOOM! What happens? The US declares war on Iraq and televises the bombing patterns. Don’t worry! It doesn’t have to make sense.

“They’re jealous of our freedom!” That’s all you need to say.

Americans are the dumbest people on the planet... attack-revenge. That’s what counts. The nation is transfixed… the national ass is in gear.


So here’s the plan:

The CIA has discovered that the COVID Virus was not developed in China. Instead, it was عامل مخفی فوق العاده تند و زننده… That’s right… assuming you can read Persian… IRAN did it. They engineered the virus and smuggled it into China for distribution. Iran is responsible for all those deaths worldwide. They caused the pain and will do it again unless we stop them. REGIME CHANGE! Plus, they’ve got some oil too and that doesn’t hurt.

President Harris says it’s time for the country to pull together. We must make the world safe for old people, health workers, and UPS drivers. We need to form an international coalition to end the viral terrorism. Guatemala, Belize and Burkina Faso sign up immediately. Lockheed and Boeing… exactly those companies most hit by the plague… start revving their engines.

An army marches on its belly. So said President Taft… or was it e e cummings? I forget. But the farms and the abattoirs get going. They’ve got an army, a navy and a space force to feed. And trucks and trains need to ship all that stuff. Take it to the army, navy and space force bases... now all named after famous transsexuals.

President Harris visits the troops. Her first appearance is at Cape Kaitlyn Jenner in Florida.

There is furious applause.

Next stop: The USS Holly Woodlawn. Cut to live stream, filmed from the deck. The helicopter hovers above. Then it slowly descends to land next to the new – completely invisible– Stealth 26 bomber. The only way we know it’s there is that the pilot sits in the pilot’s seat… looking like he’s sitting in mid-air, on a cloud.

The president wears a red mask with IRAN DID THIS embroidered on the front.

There is furious applause.

And so it is President Kamala Harris who makes America great again… or at least who restores it to the glory it was in the past.

ENDNOTES: [You can contact me on facebook or by email at god@mykelboard.com. Through the post office: send those... er... private DVDs..or music or zines... or anything else (legal only!) to: Mykel Board, POB 137, New York, NY 10012-0003. If you like my writing, you can be notified when anything new is available. Send me an email with SUBSCRIBE in the subject line. Back blogs and columns are at https://mykelsblog.blogspot.com

–> Giving the finger dept: NBC News reports that a 13-year old Kansas girl formed her fingers into a gun and pointed it at several of her classmates after another student asked her who would she would kill. The girl was arrested and charged with a felony.

The girl was asked if she could kill five people in the room, who would they be. She responded by making a finger gun and pointing it at four students and then pointing it at herself.

A spokesperson for the Johnson County District Attorney's Office said after reviewing the evidence, the girl was charged with criminal threat, which is a felony.

Writhing Naked Goddess bless the National Association for Rational Sex Offense Laws These are brave people who fight laws that equate someone with a naked teenage picture on their computer with someone who rapes toddlers. Since the average American also equates those things, they have quite a job ahead. Send ‘em a few bucks for me, okay?


–>It’s about time dept: If you, like most others, wish there were one place you could go to get penis news… your quest has ended. Now there is one place to go to. It’s here. Your source for all the latest penis information. As of this writing the most recent stories include: